Belgium, joins US and UK, issues travel alert to citizens in the DRC 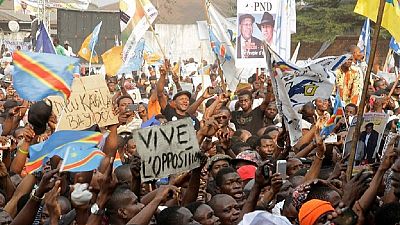 Belgium has warned all of its citizens against travel to the Democratic Republic of Congo (DRC). A travel alert issued late Friday urged citizens whose presence was not essential to avoid or to leave the DRC.

The main reason for the travel alert being the potential of unrest rising from fears of violence in planned anti-government protests as the tenure of incumbent Joseph Kabila runs out.

‘‘Belgian citizens who remain in the country are requested to exercise utmost caution, in particular during movements,’‘ the alert stated.

The country’s brittle security forces could fracture if Kabila relies on force to stay in power, and Congo’s neighboring countries could become involved, as they have during past fighting in Congo.

An updated travel advice on the Belgian Foreign Ministry’s website added that, ‘‘political tensions, recent measures taken by the authorities to suppress rights and freedoms, the expulsion of Belgian journalists, rumors of the closure of certain airports, the possible restriction of internet communications and the risk of new demonstrations,’‘ were other factors necessitating the advice.

Kabila set to stay on, opposition vows to force him out

Incumbent Joseph Kabila is required by constitutional term limits to step down when his second mandate ends on Monday December 19 but a constitutional court ruled earlier this year that he can stay on until a successor is elected.

Elections have been postponed to April 2018 after the electoral commission complained of inadequate resources to conduct the process.

The opposition accuse Kabila of manipulating the system to cling on to power, while a faction of the opposition has agreed and through a national dialogue, got one of its members appointed Prime Minister.

US and UK have issued similar travel alerts

Belgium is not the only European country to have issued a travel advisory for its former colony. The United States’ travel caution issued on December 10 read in part, ‘‘As a result of the deteriorating security situation, the Department of State has ordered family members of U.S. government personnel and authorized non-emergency personnel to depart the country as of December 10, 2016.  This replaces the Travel Warning dated October 7, 2016.

On Friday, the Department of State issued a new statement calling for the government to respect the rights of citizens at this critical moment in Congo’s history.

‘‘The United States strongly supports the right of peaceful assembly. Violent repression of peaceful protests or assemblies, or violence by the opposition, is inconsistent with democratic norms and rule of law, endangers the lives of countless civilians and DRC security force members, and undermines efforts to reach a negotiated political agreement,’‘ the statement read.

Portions of the UK travel warning read as follows:

‘‘Public gatherings and demonstrations can quickly turn violent in the DRC. On 19 and 20 September 2016 violence relating to political protests in Kinshasa led to dozens of fatalities, closure of local and international schools, cancellation of some flights and restricted access around the city, including to the airport.

‘‘Some have been calling for further protests on 19 December 2016. You should be extra vigilant in large cities on and around these days and monitor local media, including radio and social media, and this advice for updates.

‘‘The situation is difficult to predict, but in the event of serious unrest schools may be shut, commercial flights suspended and borders closed,’‘ statement from the UK’s Foreign and Commonwealth Office (FCO) stated.

Human Rights Watch issued a statement on Friday calling on him to make a public commitment before the end of his second term, respect the constitution and leave office.

“There is a grave risk that Congo could descend into widespread violence and chaos in the coming days, with potentially volatile repercussions across the region,” the executive director of Human Rights Watch, Kenneth Roth warned.

“The country’s brittle security forces could fracture if Kabila relies on force to stay in power, and Congo’s neighboring countries could become involved, as they have during past fighting in Congo,” HRW cautioned.