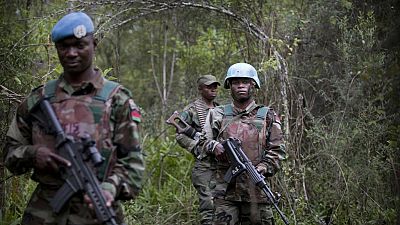 The United Nations Stabilization Mission in the Democratic Republic of Congo (DRC) have condemned Sunday’s attack on an internally displaced people’s camp by militiamen.

The attack attack on over 1000 Hutu displaced families was carried out by the Mayi-Mayi Mazembe group. It led to the death of over 30 people.

‘‘MONUSCO strongly condemns this attack against civilians and extends its sympathy and condolences to the families of the deceased. MONUSCO remains determined to protect civilians to the best of its ability,’‘ the statement said.

Whiles putting both the death and injured figures at 20, MONUSCO disclosed that it dispatched men to engage and repel the attackers after hearing shootings. They also confirmed the death of one of the assailants.

‘‘MONUSCO troops assisted the wounded and evacuated some 15 injured by helicopter to hospital in Goma. MONUSCO has deployed further reinforcements to the area, as well as a fact-finding team, in close coordination with the FARDC detachment at Luhanga,’‘ the statement added.

The attack targeted Luhanga village, in the Central East of the of North Kivu province. “The provisional toll reported 34 civilians killed”, Joy Bokele, the administrator of Lubero territory where the attack occurred told AFP.

Luhanga is located in the South of Lubero territory, region where tensions have been high for a year between a part of the Nande and the Kobo group and on the other hand the Hutu. Intercommunal clashes related to land disputes have lead to the deaths of many.