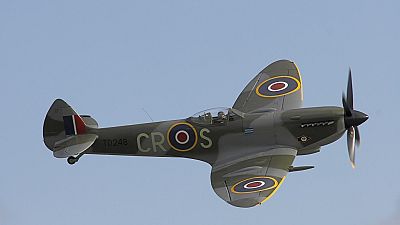 A full-size replica Spitfire has been presented to the Kingdom of Lesotho for its role as one of the unsung heroes of the World War II as Armistice day was commemorated at the weekend.

The gift which was unveiled at the weekend, has been six years in the making.

The fiberglass replica of the Spitfire was build in an industrial unit in Withiel, Cornwall before making its journey by land and sea to the Lesotho.

Lesotho, then known as Basutoland, presented 24 Spitfire fighter aircraft to the UK at the height of the Battle of Britain in 1940, a move described as “incredibly generous” on the part of the small south African kingdom.

For the Principal Secretary for Lesotho’s Interior Ministry, Borenahabokhethe Sekonyela, the Spitfire embodies “the might, valour and warriorship” of the people of Lesotho whom he said “used to roll stones against our enemy” from their strategic position atop the mountains.

“Today for us is very significant; it shows the contributions that Basotho made in the liberation of mankind because they went to war and we remember those who have fallen on the war but, most importantly, we remember the veterans that were here,” Sekonyela said.

Director of the Spitfire Heritage Trust, David Spencer Evans said: “We owe so much to the Basutoland, to Lesotho, to the people, that those of us who were not born even during the Second World War, feel that it’s a debt of honour that we have to pay. We are the beneficiaries of their help and they have given us our freedom and it is such an honour to be able to present this small tribute to this great nation.”

Lesotho which was a British protectorate from 1860 till 1966 when it gained independence from Britain, sent some 20,000 troops to serve with the British forces during World War II. 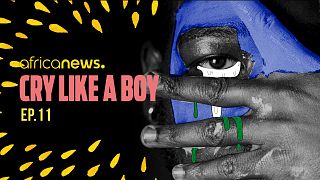 Podcast I What can we learn from the men seeking gold and friendship in South Africa’s mines?

Podcast I What can we learn from the men seeking gold and friendship in South Africa’s mines?