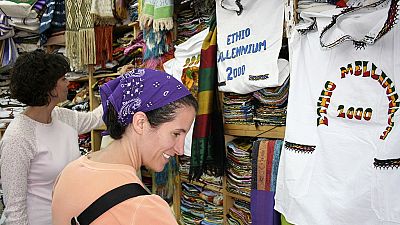 Foreign tourists in Ethiopia are not expected to notify anyone in order to travel and visit attractions sites in the country, the Attorney General of the Federation, Getachew Ambaye has said.

The country has witnessed a surge in anti-government protests that resulted in the declaration of a six-month state of emergency on October 8. The situation led to restriction of movements even for foreign diplomats in the country.

The state affiliated Fana Broadcasting Corporate however quotes Ambaye as saying, “The directive is not applicable to foreign tourists who come to Ethiopia to visit tourist destinations. They can travel from place to place freely as usual.”

The Command Post established to oversee the implementation of the state of emergency, limited foreign diplomats from traveling beyond a-40 kilometers radius out of Addis Ababa without permission.

Public Relations Director at the Ethiopian Tourism Organization (ETO), Getnet Yigzaw, also affirmed that tourists can travel to any part of the country as a group or individually, just as they had been doing in the past.

The authorities insist that the state of emergency has created favorable conditions for the visitors not to cancel their plans of visiting the historical and natural attraction sites of Ethiopia.

The tourism official added that the number of tourists who cancelled plans was declining as the country is now returning back to stability.

The US embassy recently said curfew restrictions was adversely affecting their work, ‘’…the decree restricts U.S. and other foreign diplomats from traveling 40 kilometers outside of Addis Ababa, which severely affects the ability of the Consular Section to assist U.S. Citizens,’‘ the embassy said.

The embassy in a release titled ‘Security Message for US Citizens: State of Emergency’ reminded citizens that the decree implementing the state of emergency had been published on the official government website, hence the need to observe all rules to avoid arrest.

Whiles tasking citizens to know and abide by the rules, they also warned that ‘‘citizens could be arrested for activities they would otherwise consider routine.

‘‘U.S. citizens should be aware that the decree also requires landlords to report tenants’ identities to police, with a copy of their passport if the renter is a foreign national,’‘ they added.

They published the full text of the decree in English – in what they said was an unofficial translation because the original text is in Amharic.

Opposition groups and othet western diplomats in the country have decried the the government’s decision to impose the state of emergency. The move has been described as a measure to continue with increased repression of opponents.