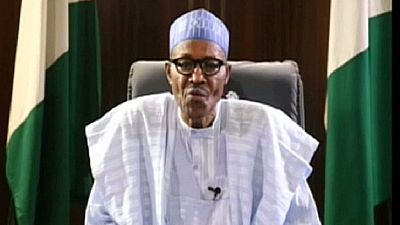 Nigerian president, Muhammadu Buhari, has insisted that insurgent group Boko Haram, were defeated in December 2015. The deadline his government gave to the army when he assumed office in 2015.

‘‘On Security, we have made progress. Boko Haram was defeated by last December – only resorting to cowardly attacks on soft targets, killing innocent men, women and children,’‘ he said in an address to the country on the 56th independence anniversary of Africa’s most populous country.

‘‘Nigerians should thank our gallant men of the Armed Forces and Police for rescuing large areas of the country captured by insurgents. Now, residents in Borno, Yobe and Adamawa States, as well as several neighbouring states go about their daily business in relative safety. People can go to mosques, churches, market places in reasonable safety,’‘ he added.

On Security, we have made progress. Boko Haram was defeated by last December – only resorting to cowardly attacks on soft targets, killing innocent men, women and children.

Buhari was reported by the BBC to have said in December 2015 that Boko Haram was technically defeated.

“Boko Haram has reverted to using improvised explosive devices (IEDs). Indoctrinating young guys… they have now been reduced to that.

“But articulated conventional attacks on centres of communication and populations.. they are no longer capable of doing that effectively.

“So I think technically we have won the war because people are going back into their neighbourhoods. Boko Haram as an organised fighting force, I assure you, that we have dealt with them,” he said.

The president had recently called on the United Nations to join the government as part of negotiations with the group to secure the release of the school girls abducted from the town of Chibok, two years ago.

The insurgents in a recent video have insisted that they are still strong and have the capacity to carry out attacks. This is despite the army’s position that their strength has waned and they are limited to the Sambisa forest.

In other issues addressed by Buhari in his address, he spoke about the economic crisis that has led the country into a state of economic recession. ‘‘I believe that this recession will not last,’‘ he said.

The government was putting measures in place to ensure that the economy is diversified and to also ease the hardships that Nigerians were encountering.

He also spoke about the Niger Delta insurgency, which he said was an underlying factor to the economic downturn. He reiterated that the government was doing all it takes to solve that issue. This Administration will not allow these mindless groups to hold the country to ransom.