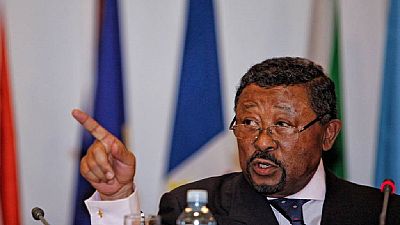 Jean Ping made the remark during a press conference at his home in Libreville on Thursday insisting he is the president-elect of Gabon and he will not recognise the authority of Ali Bongo.

He extended an invitation to political parties, trade unions, religious organizations, the diaspora and civil society in the country to be ready to play an active role in the national dialogue.

Jean Ping also declared Thursday, October 6, 2016 as a day of national mourning for those killed after the election and called on Gabonese to remain at home on that day to “contemplate, meditate and reflect”.

He appealed to the security forces to respect their professional code of conduct and avoid any human rights violation.

Ping called on the international community to sanction those guilty in the “electoral coup” and also called on rights groups including the International Criminal Court (ICC) to investigate the “murders, disappearances and violations of human rights perpetrated in the country since 31 August 2016”.

After he was sworn in on Tuesday, President Ali Bongo appointed foreign minister, Emmanuel Issoze Ngondet as the new prime minister tasked to form an inclusive government which will be announced on Sunday.

Ping has however made it clear that he will not associate with the Bongo government which he describes as illegitimate and advised Gabonese to reject them and their proposed national dialogue.

The prosecutor of the ICC, Fatou Bensouda announced on Thursday that the court will conduct a preliminary review of the situation in Gabon to determine if the criteria required for opening an investigation are met.

Statement of the #ICC Prosecutor concerning referral from the Gabonese Republic https://t.co/NkQKeJ4ES3 pic.twitter.com/jQ5D7VFrfF

Violence followed the announcement that Ali Bongo had won the election last month. The national assembly was burnt down and the opposition headquarters attacked.

More than a 1,000 people were arrested in the deadly riots and a number of people died.

Jean Ping appealed against the August 27 election results at the Constitutional Court to authorise a recount.

The court upheld the President’s re-election victory and he immediately called for an open dialogue with the opposition.