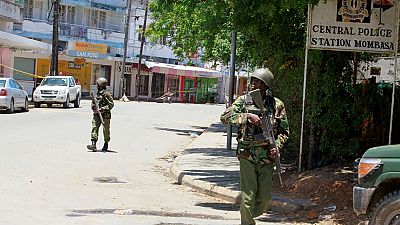 Kenyan police report that they have identified two of the three robed women who attacked the Central Police Station in Mombasa under the guise of reporting a crime.

According to a press statement issued from the office of the inspector general of police, “Immediate investigations into the incident revealed the attackers as Tasnim Yakub Abdullahi Farah, whose photo is attached and Fatuma Omar, who hails from Kibokoni, Mombasa County.”

The police said a third slain attacker was yet to be identified. Police also disclosed that had arrested three other suspected accomplices upon a search at the Kibokoni residence of Yasmin.

The statement also confirmed injuries to two policemen who were at post and also that a bomb squad team had detonated explosives recovered from the attackers.

Somalia’s al Qaeda-linked al Shabaab has taken responsibility for attacks in Mombasa and other parts of Kenya, saying it was in retaliation for the East African country sending its troops to Somalia.

Al Shabaab was behind an attack on Nairobi’s Westgate shopping mall that killed 67 people on September 21, 2013, and a raid on Garissa university in the northeast that killed 148 in April 2015. The militants also launched several attacks in 2014 that left more than 100 dead in Lamu County region.