The difference between Shi’a and Sunni explained 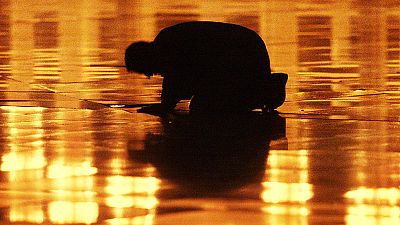 With Arab world conflicts so often making headlines, the terms Shia and Sunni – the two main branches of Islam – are now familiar to many non-Muslims following world news, even if the characteristics that distinguish one from the other remain unclear. Here we look at the history of the two sects of Islam, their differences and the distribution of their followers across the world.

The Shia (sometimes written Shi’ite) movement within Islam has political origins; after the death of the Prophet Muhammed in AD 632, the founders of the Shia sect (who are collectively known as Shi’a) wanted power to pass to the Prophet’s son-in-law and cousin, Ali, and then to his male successors. Over the centuries that followed, religious differences developed between Shi’a and non-Shi’a Muslims alongside the initial political distinctions. The Shi’a – who account for around 10-13% of the world’s estimated 1,6 billion Muslim believers – acknowledge Ali as the divinely appointed Caliph (ruler of the nation of Islam) and his successors as Imams, who are blessed with divine knowledge.

Muhammad didn’t appoint his successor definitively and in the wake of his death the community of Arabic tribes he had converted to Islam a short time before, drifted to the edge of collapse.

Muhammad’s followers hastily appointed his successor as Caliph themselves, chosing his father- in-law, who also happened to be among his closest friends, Abu Bakr.

According to some Shia sources, many Muslims believed Muhammad had appointed Ali, the husband of his daughter, as his successor. The division started at around this moment of history- those who backed Ali against Abu Bakr became the Shi’a. The name itself comes from the Arabic word sía, which means ’party’ or ’successors’, referring to the first successors of Ali, namely the ’party of Ali’ or ’síat Ali’.

As it transpired Ali was selected to be the fourth Caliph, between AD 656 and AD 661. The division in Islam crystallised when Ali’s son, Hussein, was killed in AD 680 in Karbala, Iraq by the ruling Caliph’s troops. After Hussein’s killing, the Sunni Caliphs seized and consolidated their political power, leaving the Shi’a marginalised.

According to the Pew Research Center’s Forum on Religion & Public Life, in most countries in the Middle-East, at least 40% of Sunnis don’t consider Shi’a to be real Muslims; meanwhile, among Shi’a criticism of Sunnis is sometimes an accusation that Sunni dogmatism can be a fertile breeding ground for Islamic extremist.

Aside the fact that Shi’a pray three times a day and Sunnis five times, there are also differences between Shi’a and Sunni perception of Islam. Both branches are based on the teachings of the holy Quran, with the second most important source being the Sunnah, the exemplary way of life for Muslims as defined by both the Quran and the teachings of the Prophet Muhammed, known as Hadith. Shi’a Muslims also consider the words of the imams as Hadith.

One of the most important differences between the ideology of the two sects is that the Shi’a consider Imams to be divine and in possession of spiritual authority, a mediator between Allah and the believers. For Shi’a, the Imam is not simply the deputy of the Prophet, but his representative on Earth. Thus the Shi’a do not only make their pilgrimage (Hajj) to Mecca, but also to the tombs of 11 of the 12 Imams, who are considered saints (the 12th Imam, Mehdi, is considered ‘hidden’ or disappeared.

Sunni Muslims do not attach such reverence to an Imam and in Sunni Islam the term Imam refers to a contemporary mosque or Muslim community leader.

The five pillars of Islam – the declaration of Faith, Prayer, Fasting, Charity and Pilgrimage – while shared between Shi’a and Sunni, are represented differently in the Shi’a faith: Shi’a Islam, as well as having five principal pillars different to those of Sunnis, also has 10 ancillaries, which incorporate the ideas expressed in the five Sunni pillars.

The five principal Shi’a pillars are Tawhid (the Oneness of God), Nubuwwah (Prophethood), Resurrection, Divine Justice and Imamah (belief in the political and spiritual supremacy of the Prophet’s successors). For the 10 ancillaries, the Shi’a faith includes Prayer, Fasting, Charity and Pilgrimage, but adds Khums (the tax of one-fifth), Enjoining what is Just, Forbidding what is Evil, Tawallá (loving what is Good) and Tabarra (disassociation with those who oppose Good and those who caused harm to Islam). Another ancillary in Shi’a Islam is Jihad, the meaning of which continues to be debated by Islamic scholars. Traditionally Jihad is composed of two elements: an inner struggle with oneself to maintain the way of God and an outer struggle against Islam’s enemies which can be either violent or non-violent.

Most of Shi’a populations are found in Iran, Iraq, Syria, Lebanon and Bahrain, and make up what’s called the ’Shia crescent’ because of the shape of these territories on a map.