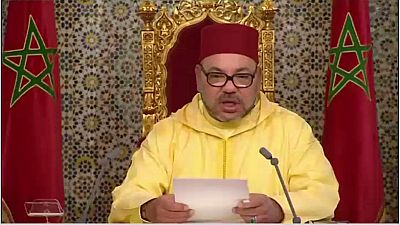 The King of Morocco Mohammed VI said on Saturday that Rabat will not change it’s stance on Western Sahara, despite its recent decision to rejoin the African Union.

He made the announcement in a televised speech to mark the 17th anniversary of his accession to the throne, known as Throne Day.

“Our decision to rejoin AU does not mean we will renounce our legitimate rights over Western Sahara, or the recognition of a fictitious entity devoid of the most basic attributes of sovereignty,“he said.

The king of Morocco also alluded to the recent statement by the UN Secretary General Ban Ki-Moon, who spoke of Morocco’s “occupation” in Western Sahara during a visit to a Sahrawi refugee camp in Algeria last March . In retaliation, Rabat expelled most of the civilian members of UN’s mission in Western Sahara.

Our decision to rejoin AU does not mean we will renounce our legitimate rights over Western Sahara.

The dispute over Western Sahara, which Morocco annexed in 1975 following Spain’s withdrawal, has lingered for decades and has been a thorn in Morocco’s regional and foreign relations, particularly with neighboring Algeria.

Read our open letter to UN Security Council about the need for #referendumnow in #WesternSahara in HuffPostBlog: https://t.co/bkrVJZfMTz

In 1984, the African Union recognized an independent Western Sahara as the Saharawi Arab Democratic Republic, known by its French acronym, RASD, and granted it membership, prompting Morocco to leave the supranational body, according to WPR.

The Polisario Front, a liberation movement representing the Saharawi people that is backed by Algeria, claims sovereignty over the entire territory of Western Sahara, but only controls a small strip—about 25 percent—and considers Morocco’s authority over the rest illegitimate. The issue has been at the forefront of tensions between Algiers and Rabat, two major regional powers in terms of security and economic heft.