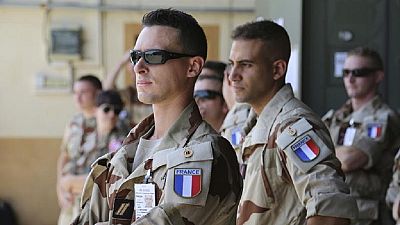 Three French soldiers have been killed in Libya on Wednesday, according to the French defense ministry. Some media reports indicate that the three died during a helicopter mission.

Spokesperson of the government, Stephane Le Foll, had earlier confirmed that France had special forces operating in the north African country which is currently split between rival governments.

Aside the United Nations backed Government of National Unity (GNA) led by Fayez Al Sarraj, based in Tripoli; General Halifa Haftar also commands a rival government to the east of the country. In between the two are insurgent group, the Islamic State (IS).

IS held the town of Sirte, where forces loyal to the UN backed government say they are close to reclaiming fully after launching an onslaught on the town.

GNA forces, supported by the UN, launched a May 12 offensive to retake the city of Sirte, controlled by IS for more than a year. They entered the city on June 9.

The forces were however hampered by the strong resistance of jihadists who fought back using car suicide bombings.

Since the beginning of operations, about 250 members of government forces were killed and over 1,400 wounded, according to medical sources in Misrata (200 km east of Tripoli), seat of the command of the military operation.

The IS had taken advantage of the chaos in which Libya was plunged since the fall of Muammar al Gaddafi to seize Sirte in June 2015. Gaddafi was ousted by French forces after a popular uprising in the north African country.