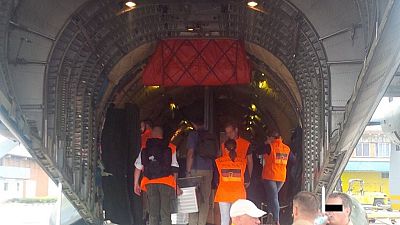 The evacuation is being done by the German Airforce plane carrying German and European Union nationals including citizens of other countries, the German foreign ministry announced on Wednesday.

“The crisis has called for the evacuation of German nationals, the European Union and other nationals in the world. This evacuation is underway and run by the Luftwaffe airforce planes,” a spokesperson of the German foreign ministry, Sawsan Chebli said.

He however declined to give details of the current operation for security reasons, noting that the evacuation is for a hundred German nationals working for the embassy and NGOs. Also, other foreigners will benefit from the evacuation through consular agreements between Germany and their country.

The approximately 15 German soldiers present in South Sudan under a UN mandate will remain in place, he added.

The airport in the capital Juba is closed and airlines have canceled flight to the country making it difficult for people to leave by air.

Since Monday when the ceasefire was declared by the leaders of the rival warring factions, calm has returned to the capital that faced violence for four days.

Hundreds of people are believed to have been killed in the new outbreak of violence. The UN says some 36,000 people have been forced to flee their homes.