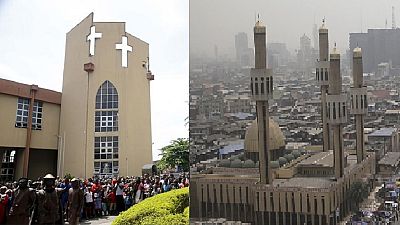 Lagos, Nigeria’s commercial hub has intensified a clampdown on noisemaking in the city which is home to some 21 million inhabitants as at 2015 (approximately the population of Ghana)

The move has resulted in the closure of places of worship and other structures. According to the Lagos State Environmental Protection Agency (LASEPA) it has shut down 70 churches and 20 mosques in the State over noise pollution.

‘‘About 70 churches, 20 mosques and about 11 hotels, club houses and beer parlours were shut and we have given them some directives to follow,’‘ an official of Lagos State said.

About 70 churches, 20 mosques and about 11 hotels, club houses and beer parlours were shut and we have given them some directives to follow.

The General manager of LASEPA, Shani Bola told reporters that as part of the Lagos mega city aspirations by year 2020, it was poised to reduce noise pollution to zero percent.

‘‘As at today, we are only able to reduce the noise level to about 35%. That is not a pass mark yet. So, until we reach that target of 70 to 80%, we will continue the enforcement.

Enforcement is a continued exercise and we have set target for ourselves. We want to ensure that Lagos is noise-free by the year 2020. With our status as a mega city by 2020, we will be free of noise,’‘ he added.

He further revealed plans by the State government to outlaw make-shift churches, the situation where ‘one-man’ churches mount tents and use uncompleted buildings to host church services.

SUGGESTED READING Lagos, most expensive African city to live and work in

A recent research ranked Lagos as the most expensive African city to live and work in. Lagos is home to several African and global businesses. It is set to start drilling oil whiles according to recent reports Africa’s richest man Aliko Dangote is also building a $12 million oil refinery and petrochemical plant in the State.