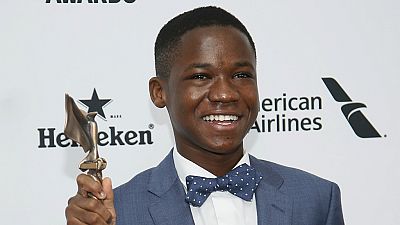 ‘Spider-Man: Homecoming’ is billed as the second reboot of the Spider-Man film franchise. The film expected to be released in July 2017 would be the sixteenth film of the Marvel Cinematic Universe (MCU).

In Beast of No Nation, Attah worked with the likes of Idris Elba and director Cary Joji Fukunaga, as a child soldier.

Directed by Jon Watts and from the stables of Sony Pictures and Marvel Studios, Spider-man: Homecoming will be Attah’s first major role since the Netflix film (Beast of No Nation)

Abraham won Best Lead Actor Award in the Independent Spirits as well as the Marcello Mastroianni Award for Best Young Actor at Venice.

Reports indicate that Attah is separately attached to play one of the leads in Christian Loubek’s upcoming feature film, Buffalo, which Anonymous Content is producing.

His handlers had sparked controversy back in Ghana after they intimated that the youngster was not going to star in any local movies as was widely expected after his breakthrough in ‘Beast of No Nations.’