The first global treaty to stamp out illegal fishing is now in force in 29 countries and the European Union.

However, China and Japan, two major players in the world fisheries market are not signatories to the treaty.

We invite governments who have yet to do so, to join the collective push to stamp out illegal fishing and safeguard the future of our ocean resources.

The signatories are required to put in place a number of measures in their ports to detect illegal fishing, prevent illegal fish being unloaded and sold and to ensure sharing of information concerning unscrupulous ships globally.

“We hail those countries that have already signed onto the agreement and who will begin implementing it … We invite governments who have yet to do so, to join the collective push to stamp out illegal fishing and safeguard the future of our ocean resources,” the UN’s Food and Agriculture Organization Director General Graziano da Silva said in a statement.

The FAO called on non-signatory governments to do so to put an end to illegal fishing and to ensure the survival of marine resources.

The global economy loses an estimated $20 billion annually due to illegal fishing. 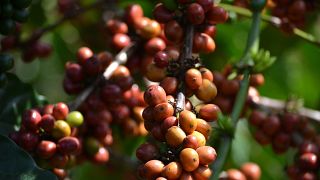