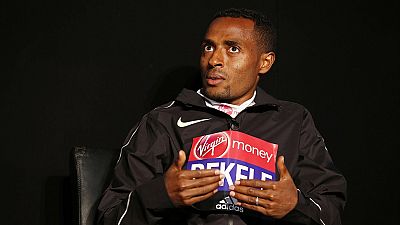 Long distance Ethiopian runner Kenenisa Bekele slammed the Ethiopian Athletics Federation (EAF) on Wednesday, after he was left out of the marathon team for the upcoming Olympics in Rio de Janeiro.

Kenenisa #BEKELE says Ethiopia's selection of Olympic team was biased and unjust after he was left out pic.twitter.com/PcG92gUqqu

Bekele said that it was “unjust” and added that the selection criteria was “biased”.

I am very disappointed by the announcement that the Ethiopian Athletics Federation made ... the selection process was biased and the result unjust.

While speaking to the Associated Press, he confirmed he had been excluded from the four-man team that will represent his country in the August games.

“I am very disappointed by the announcement that the Ethiopian Athletics Federation made about the selection of athletes competing in the marathon.The selection process was biased and the result unjust,” he said.

In an interview with Ethiopian television, the EAF secretary general Bililign Mekoya said that Bekele’s absence was confirmed and he had not met the requirements that could qualify him for the Rio Olympics.

The decision to leave out the world-record holder and three-time Olympic champion in the 5000m and 10,000m race comes as a major surprise.

Bekele missed most of the last year with an Achilles injury. He returned from the lengthy hiatus to finish third at the London Marathon in April, which is the only marathon he ran in the past year.

His exclusion from the team has aroused criticism prompting Ethiopian long-distance legend Haile Gebrselassie to hit out at the country’s athletics federation.