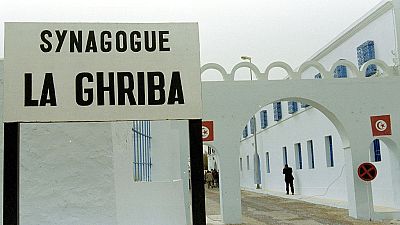 An annual Jewish pilgrimage to Ghriba ended Thursday night, on the Tunisian island of Djerba, where security forces were deployed heavily to ward off potential jihadist attacks.

Organisers say up to 2,000 people took part in the pilgrimage despite heightened worries about security following a string of jihadist attacks in the North African country.

The number of pilgrims visiting the synagogue has fallen sharply since a suicide bombing claimed by Al-Qaeda struck Ghriba just before the 2002 pilgrimage, killing 21 people.

Before then the event attracted as many as 8,000 people.

Believed to have been founded in 586 BC by Jews fleeing the destruction of the Temple of Solomon in Jerusalem, the Ghriba synagogue has long been a destination for pilgrims, especially for Jews of Tunisian descent.

Around 1,500 Jews live in Tunisia, down sharply from an estimated 100,000 before the country won independence from France in 1956.

Traditionally participants have come from Europe, the United States and Israel, but the number of foreigners attending has diminished considerably since the 2002 bombing.

Tunisia’s tourism industry is also reeling from attacks last year claimed by the Islamic State group on the National Bardo Museum in Tunis and a beach resort that killed a total of 60 people, all but one of them foreigners.

Israel this month advised its citizens to avoid visiting the country because of a “high threat level against Jewish targets”.

Last year’s Lag BaOmer passed without incident, despite a similar warning from Israel.