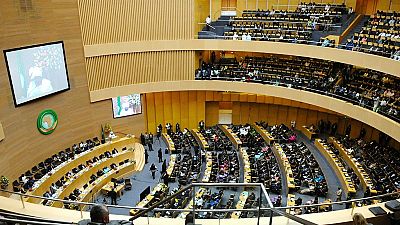 <p>Since <a href="http://au.int/en/history/oau-and-au" target="_blank">1963</a> when independent African states put together a charter under the Organisation of African Union in Addis Ababa to integrate and harmonize as a single body, the dream is yet to be realized.</p> <p>Various charters and treaties could not fast track the process despite the establishment of the African Union (AU) in 2002 in Durban. </p> <p>Member states have grown from the original 32 to 53 in 2002 and then 54 in 2011 thanks to South Sudan. The number however has not added any expediency to the expectations of the continental body.</p> <p>The 2015 roadmap for African Union’s vision, better known as <a href="http://agenda2063.au.int/" target="_blank">Agenda 2063</a>, was adopted by the AU Assembly in January 2015 at its 24th Ordinary Session. </p> <p>There are seven major aspirations for Agenda 2063 and then twelve flagship programmes for the first 10-year implementation phase. </p> <p>Beginning 2013 from its declaration and ending in 2023, the keenly expected twelve objectives include: <ul> <li>Integrated high-speed train network to connect all capitals and commercial centres</li> <li>Pan-African E-university to develop human capital</li> <li>Formulation of a commodities strategy for a vibrant sector</li> <li>Establishment of an annual African forum to discuss Agenda 2063</li> <li>Continental Free Trade Area by 2017 to double intra-trade by 2022 (operationalise the African Investment Bank and Pan African Stock Exchange (2016); the African Monetary Fund (2018); and the African Central Bank (2028–34)</li> <li>African Passport to fast track integration by enhancing free movement by all African citizens by 2018</li> <li>Silencing the guns by 2020 to end all wars and conflicts</li> <li>Grand Inga Dam Project to boost energy production</li> <li>Pan-African E-Network to transform e-applications and services in Africa</li> <li>Outer space to bolster African development in various fields</li> <li>Establishment of a single African air transport market to facilitate air transportation in Africa</li> <li>Establishment of African financial institutions to accelerate integration and socioeconomic development of the continent.</li> </ul></p> <p><strong><em>Beautiful goals, but, is the African Union Commission well positioned to push for its implementation among member states; and are Africans themselves in support of this move?</em></strong></p> <p>The African Union Commission is limited partly to the drafting of policies while their implementation lies in the hands of the Assembly composed of heads of member states and government.</p> <p>The Commission neither has “institutional authority to implement the organisation’s directives nor sanction member states that have failed to comply with organisational rules,” Babatunde Fagbayibo, Associate Professor of Law at the University of South Africa explained in a publication on <a href="http://africanarguments.org/2016/05/23/why-it-doesnt-matter-who-the-next-chair-of-the-african-union-commission-is/" target="_blank">africanarguments.org.</a></p> <p>“Even when it comes to the make-up of the Commission, it is the AU Assembly that picks the deputy chair and eight commissioners that complete the secretariat. These officials’ roles are to support the Chair, yet the Chair is not permitted to nominate or assign portfolios to them,” he added.</p> <p>With these institutional restrictions, the implementation of the African passport by 2018 can face a set back if a member state fails to meet the deadline. Currently, staff of African Union Commission have the African passport and yet have no access to all African countries.</p> <p>Jacob Enoh Eben, the spokesperson for the AU Chairperson <a href="http://www.africanews.com/2016/05/25/visa-free-africa-53-year-old-dream-yet-to-be-realized/" target="_blank">acknowledged</a> how swift it is to get visa on arrival in some African countries but have to obtain visa for some countries.</p> <p>“Now the Chairperson of the AU Commission has actually written to member states reminding them that if it becomes difficult for us AU passport holders to get access to those countries then it will be difficult to have AU businesses in those countries,” he said. <blockquote class="twitter-tweet" data-lang="en"><p lang="en" dir="ltr">Nigeria to sign visa-free ententes with 8 African countries to grow economic partnership! <a href="https://twitter.com/hashtag/Ubuntu?src=hash">#Ubuntu</a> <a href="https://twitter.com/hashtag/SDGs?src=hash">#SDGs</a> <a href="https://twitter.com/hashtag/Agenda2063?src=hash">#Agenda2063</a> <a href="https://t.co/tA47Zs1pr7">pic.twitter.com/tA47Zs1pr7</a></p>— Geoffrey Onyeama (@GeoffreyOnyeama) <a href="https://twitter.com/GeoffreyOnyeama/status/735552389948657664">May 25, 2016</a></blockquote> <script async src="//platform.twitter.com/widgets.js" charset="utf-8"></script></p> <p>Currently, <a href="http://www.africanews.com/2016/02/25/african-citizens-to-get-easy-entry-into-ghana-in-july/" target="_blank">Ghana</a> and other few African countries are ready to grant a 30-day visa on arrival to all African passport holders while the African Union Commission has announced that African heads of state are to carry an African passport for the next AU Summit in Rwanda in July. <blockquote class="twitter-tweet" data-lang="en"><p lang="en" dir="ltr">By issuing an African passport to our Leaders at the July <a href="https://twitter.com/hashtag/Kigali?src=hash">#Kigali</a> Summit we hope to accelerate the free movement of people, goods & services</p>— Dr Dlamini Zuma (@DlaminiZuma) <a href="https://twitter.com/DlaminiZuma/status/735360536620224513">May 25, 2016</a></blockquote> <script async src="//platform.twitter.com/widgets.js" charset="utf-8"></script></p> <p>On the part of the African citizens, Afrobarometer, an African survey agency, has released its latest survey on African Union Day, May 25, 2016, suggesting that there is limited public support for African integration.</p> <p>The report titled: <a href="http://globalreleases.afrobarometer.org/global-release/ad91-regional-integration-africa-could-stronger-public-support-turn-%E2%80%98rhetoric-reality" target="_blank">Regional integration for Africa: Could stronger public support turn ‘rhetoric into reality’?</a>, is based on nearly 54,000 interviews in 36 African countries in 2014/2015.</p> <p>The report said on average across 36 countries, a majority of Africans favour free cross-border movement of people and goods, but not a majority view in 15 of those countries as only one in four citizens say it’s easy to cross international borders.</p> <p>“When asked to choose between respecting national sovereignty vs. a regional role for states in protecting free elections and human rights in neighbouring countries, most Africans emphasize national sovereignty,” the report stated.</p> <p>It added that three out of 10 citizens don’t know enough about the AU and regional economic communities (<span class="caps">REC</span>s) to have an opinion.</p> <p><strong><em>53 years down the line with all the blueprints laid out for the implementation of African integration, the destiny of Africans lies in their own hands. To unite or not to unite?</em></strong></p> <blockquote class="twitter-tweet" data-lang="en"><p lang="en" dir="ltr">By virtue of being African; Africans should not need a passport in Africa. Such boundaries of colonialism should be rectified. <a href="https://twitter.com/hashtag/AfricaDay?src=hash">#AfricaDay</a>.</p>— Ephraim (@Malankabe) <a href="https://twitter.com/Malankabe/status/735339372615176192">May 25, 2016</a></blockquote> <script async src="//platform.twitter.com/widgets.js" charset="utf-8"></script> <blockquote class="twitter-tweet" data-lang="en"><p lang="en" dir="ltr"><a href="https://twitter.com/hashtag/AfricanLivesMatter?src=hash">#AfricanLivesMatter</a> Independent Africa is 53 today , rather African Union (AU) is 53 today . No single passport , no free movement, no unity</p>— Brian Tamuka Kagoro (@TamukaKagoro77) <a href="https://twitter.com/TamukaKagoro77/status/735336231945527296">May 25, 2016</a></blockquote> <script async src="//platform.twitter.com/widgets.js" charset="utf-8"></script> <blockquote class="twitter-tweet" data-lang="en"><p lang="en" dir="ltr">The <a href="https://twitter.com/hashtag/AfricanPassport?src=hash">#AfricanPassport</a> is good but borders dont fall away but control measures should be in place <a href="https://twitter.com/MorningLiveSABC"><code>MorningLiveSABC</a></p>&mdash; Mcebisi ka Jonas (</code>SthembisoMkhize) <a href="https://twitter.com/SthembisoMkhize/status/735331172239192065">May 25, 2016</a></blockquote> <script async src="//platform.twitter.com/widgets.js" charset="utf-8"></script>