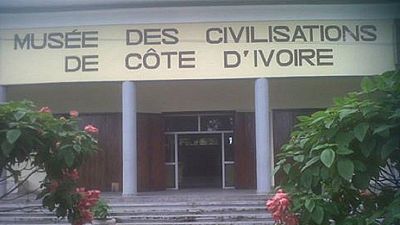 Ivory Coast’s ‘Museum of Civilization’ has officially opened its doors to the public in a move aimed at attracting more people.

The museum was originally a craft center created by the colonial administration in 1942. The collections of the museum is estimated at about ten thousand artifacts which were largely made during colonial period.

The exhibition is based on many years of research into ethnic art and it focuses on the personalities who produced the artworks. Although most of the artists’ names are unknown, these unusual works of African art can be ascribed to particular artists, and the styles and thus the creativity of individual masters are clearly visible.

We have many types of statues. We also have masks, textile and gold. This tells you our economic dimension of our cultural heritage.

“We have many types of statues. We also have masks, textile and gold. This tells you our economic dimension of our cultural heritage. We also have artifacts that remind us of the times of slave trade. We have carved doors, badges of different ranks of power,” said Silvie Memel, Director of the museum.

In July, Ivory Coast is set to host the Francophonie games. Ahead of the event, the museum is targeting younger generation and has offered displays of local paintings, sculptures and photographs describing the history of the country since the colonial period.

“We are here in the framework of our work at the end of the studies. We have therefore decided that the children to come here to inquire about the traditional realities of the Ivory Coast and produce a written work in the form of presentation. Today, each child must be able to talk about his culture to other children,” said Godo Akesset, a history teacher.

Although majority of the artifacts is composed of masks and statues, the collections also contain other valuable items such as musical instruments. Collections are made of 40% organic material and 60% inorganic materials. Wood is the dominant material.

As part of its opening to the outside policy, the Museum Directorate, decided to create a Club of Friends of the museum for lobbying in favor the institution since 2006.