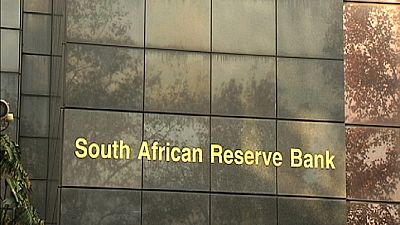 The South African government is hoping to avert a further downgrade of its credit worthiness by rating agencies Fitch and Standards and Poor’s.

This follows an earlier decision by another ratings agency Moody’s not to downgrade the country’s credit rating of B-AA-2, which is two levels above sub-investment grade.

Fitch and Standards and Poor’s have rated South Africa just one notch above sub-investment grade and are expected to make their new ratings known in June.

But a Cabinet minister, Jeff Radebe is confident the country’s rating will not change.

“We have crossed the Moody’s bridge, we are waiting now for S&P and Fitch. We are very confident that with the measures that have been put in place, we have to avert that possible downgrade, we are not envisioning that.”

He told AFP that the decision by Moody’s not to downgrade South Africa’s rating showed the resilience of its economy in the face of the global economic situation.

“Well we have not lost our ‘mojo’ that’s why Moody’s maintaining our investment grade is a reflection that our economy is resilient in spite of the global economic downturn in spite of the domestic challenges that are impacted because we don’t live in isolation, we are part of the global world: slowdown in China, the decline of commodity price affect us as a commodity economy in our country,” he said.

Radebe however indicated that more is needed to be done to keep the struggling economy afloat.

“Our economy which is currently at its slowest growth path since the 2008 world economic crisis can and will be fixed. We will however need to continue pulling in the same direction to weather the storm.”

South Africa’s economy has been hit by a slide in commodities prices and labour strife in the mining industry.

The country’s economy has been experiencing a shrink in growth in the recent past and unemployment for the first quarter of 2016 has risen to 26.7 percent according to official data released on Monday.