Along with other G7 foreign ministers Kerry laid flowers at a memorial.

Honored to be 1st Sec State to visit Hiroshima Peace Memorial Museum & Park. Here is what I wrote in the guestbook. pic.twitter.com/suQSxMCLs1

It’s thought that Kerry’s trip could pave the way for an unprecedented visit to Hiroshima by a sitting US president when Barack Obama attends the annual G7 summit to be held in Japan next month.

However Kerry offered Japan’s foreign minister no apology for America’s use of the the atomic bomb.

“My visit to Hiroshima has very special meaning about the strength of the relationship and the journey we have travelled together since the difficult time of the war,“John Kerry, US Secretary of State said.

The bomb on the city 71 years ago was the first of two atomic devices to be dropped on Japanese cities at the end of World War ll. The second was Nagasaki. Japan surrendered six days later. 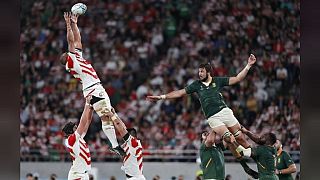