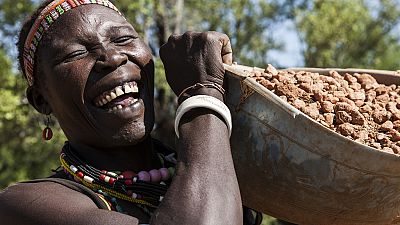 South Sudanese this weekend put their worries aside as they gathered for the first ever laugh festival in the capital, Juba.

Dubbed “Let us Laugh,” the stand-up comedy event was held in collaboration with the United Nations Mission in that country.

Leading comedians left the audience in stitches as they creatively made light of the country’s socio-political woes.

The peace building, is very important for cultural events and for laughter as laughing can connect people.

Event organisers believe the festival will help the public cope with the myriad of issues the country faces.

“The peace building, is very important for cultural events and for laughter as laughing can connect people,” said Geetha Pious, the country’s UN Civil Affairs Officer.

Many lives were lost during the country’s two-year civil war which was sparked by a political deadlock between President Salva Kiir and Riek Machar. The weekend’s laughter-induced event however proved to be what many needed to close the painful chapters of the past.

“It will make me to forget what happened to me, to forget our parents were lost during this war and to forget those who are still suffering in Malakal today,” said Vivianna Nyachan, a Juba resident.

If laughter is indeed medicine as it has been touted, then the “Let us Laugh” event, proved its efficacy as it started the healing process for many South Sudanese.

More of this kind of functions are expected to be held over the coming months to help the nation overcome its tragic past.