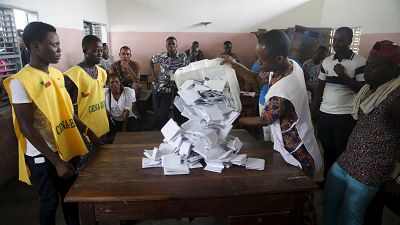 Vote counting began in Benin after polls closed on Sunday in the elections that will see a new successor to president Thomas Boni Yayi.

Voting closed at 4 pm local time with a few incidences noted though there were some reports that the ink applied to voters was not visible enough according to witnesses who spoke to Reuters.

#Benin vote counting. Provisional results from prez election expected in next 2 days or so. pic.twitter.com/FhmmUsPQN0

Benin is a big democracy. With my departure our democracy will take one further step forward ... I leave the republic with national unity

Reports said some voting centres extended the normal operating time to cater for more voters who were already in the queue.

“It’s a matter of pride for me to have done my duty as a citizen,” said Clarisse Nibime who voted in the capital.

No reports of violence was reported throughout the whole exercise.

The incumbent stepped down following the constitutional demand that barred him to contest for a third term to the country’s top most seat.

A total of 33 candidates vied with Prime Minister Lionel Zinsou, a former economist and investment banker, seen as having an upper hand to win the election. Lionel has an approval from the outgoing president that has made him to be the most preferred candidate.

Other candidates seen as competitors include two prominent businessmen, Sebastien Avajon and Patrice Talon, as well as economist Abdoulaye Bio Tchane and Pascal Irenee Koupaki who is a financier.

Zinsou had promised to improve the country’s economy by restructuring tools for development that includes creating more jobs especially for young people, aid small businesses and to improve access to micro-credit.

Benin, a small country of 10.6 million inhabitants, is the first State Africa to have begun a democratic transition at the beginning of 1990 but unemployment especially among young people, corruption, health and education will be the main challenges to the next President.

The 15-44 years old represent 60 per cent of the active population. The unemployment rate of this age is less than 4 per cent according to the official data in the country, but the informal sector represents 85 percent of the economy. 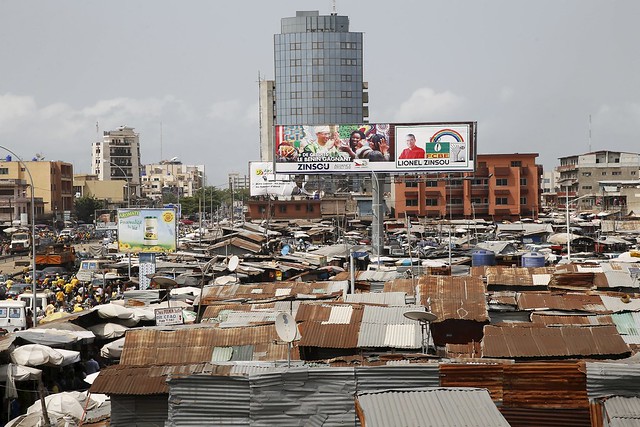 The incumbent who steps down after two terms in power, Thomas Boni Yayi; seems enthused with the process and had cause to hail his country’s display of democratic maturity with the polls.

“Benin is a big democracy. With my departure our democracy will take one further step forward … I leave the republic with national unity,” Boni Yayi said as he cast his ballot.

Thomas Boni Yayi is one of few African leaders who accepted to step down after their constitutionally mandated terms in office.

Elsewhere on the continent, leaders of countries like Rwanda, Burundi and Congo Republic have changed their laws to allow them to stay in power.

The elections constitute a mark of consolidation of the democratic credentials of the cotton producer sandwhiched between Togo to the west and Nigeria, its largest trading partner; to the east.

Benin became the first to move from dictatorship and single-party rule to multi-party democracy when it held elections in 1991 and is gradually becoming a model of democracy in sub Saharan Africa.