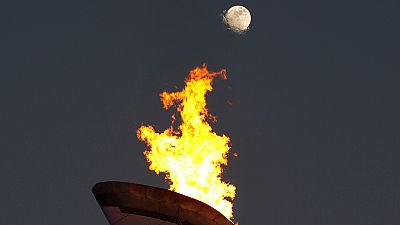 *Kenya’s national women’s volleyball team, Malkia Strikers, have officially pulled out of the World Olympics Qualifiers in Tokyo for lack of funds, snuffing out their faint hopes of returning to the Summer Games for the first time since Athens 2004, reports Citizen Digital.*

Kenya Volleyball Federation chairman, Waithaka Kioni confirmed the developments to Citizen explaining the team will not travel to the tournament where the winning team will qualify for Rio since they could not raise the Ksh10m (USD 10,000) needed to fund the trip.

“Yes, we are not going, that I can assure you. NOCK said they could not give us any more money and we cannot depend on the Government since they did not fund us for Cameroon. There is no need to be punished any more,” Citizen Digital quotes the KVF boss as saying.

Egypt and Kenya were to be the two teams from Africa scheduled for the tournament.

Egypt and Kenya were to be the two teams from Africa scheduled for the tournament, after Cameroon booked their straight ticket a fortnight ago.

Meanwhile Rio 2016 revealed on Wednesday the complete route of the Olympic Torch Relay that will begin on May 3rd to spread the spirit of the Games across Brazil.

The relay will visit 329 towns and cities across all five regions of Brazil, travelling 20,000 kilometres by road and 10,000 miles by air, and reaching 90 per cent of the country’s population.

The torches are made from recycled aluminium and resin, with stain finish, and decorative, green curves evoking Rio de Janeiro’s mountainous landscape. They are designed to be expandable and stand 69 centimetres (27 inches) tall, weighing between 1 and 1.5 kilograms each.