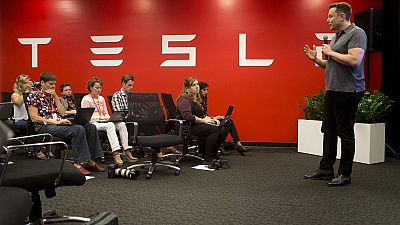 American electric car manufacturer Tesla, is set to open its first African office in Cape Town following reports they were seeking to hire individuals for an African project.

According to MyBroadband, the company hired someone recently who is reportedly undergoing induction at its American headquarters to come and run its first African office.

Tesla already launched its powerwall device, an open source, energy storage system that can be used as a stand-alone, supplemental or emergency energy source in South Africa last month.

Speculation surrounded whether Tesla’s South African born founder, Elon Musk would expand as he has been on an aggressive expansion drive for his company as Tesla forecast its sales to reach 33,000 units in 2014, moving up to 55,000 electric cars in 2015 and a higher number expected this year.

Tesla issued a statement earlier in January about opening a shop in South Africa.

“We have no plans to enter the market in South Africa in the short term. While it is Tesla’s intention to be present eventually in nearly all countries, it will take some time to get there: we simply do not have the resources to tackle all challenges at the same time,” it said.

The company launched its first dealership in Sydney and Melbourne in Australia at the end of last year.

While the first designed Tesla Roadster in 2008 sold more than 2400, owning a Tesla in SA would not come cheap.