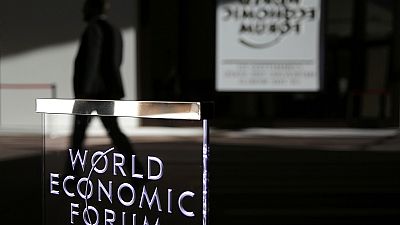 More than 80 pharmaceutical and diagnostic companies from around the world are calling for new economic models for the development of badly needed new antibiotics to fight the rising global threat of drug-resistant “superbugs”.

The drug makers made the call at the ongoing World Economic Summit in Davos, Switzerland.

The companies said governments must work with companies to fight the problem of antimicrobial resistance, in which many germs are no longer killed by common antibiotics.

List of companies making the declaration include such big pharmaceutical companies as AstraZeneca, GlaxoSmithKline, Johnson & Johnson, Merck and Pfizer as well as some smaller biotech companies and some generic manufacturers in India.

The number of new antibiotics being approved has reduced over the last two decades because of scientific and financial challenges.

However, many big pharmaceutical companies including some of those that signed the new declaration, have de-emphasised the development of antibiotics for business reasons.

“We support the increasing recognition that the value assigned to antibiotics and diagnostics often does not reflect the benefits they bring to society, nor the investment required for their creation,” the document said. It calls for “prompt reimbursement”.

The declaration also calls for enhanced use of diagnostic tests that can rapidly identify the infected organism.

It would be recalled that in the United States, Congress in 2012 enacted the GAIN Act, standing for Generating Antibiotic Incentives Now, which provided five extra years of protection from generic competition for certain antibiotics and also made it easier for new antibiotics to win approval from the Food and Drug Administration.

An antibiotics expert and senior director of health programmes at The Pew Charitable Trusts, Allan Coukell, said what was most noteworthy in the declaration was that the companies were jointly acknowledging industry’s responsibility for helping to make sure antibiotics were used properly.

“They are saying we need new ways to pay for the drugs, but we also have a role to play in ensuring they are not overused.”