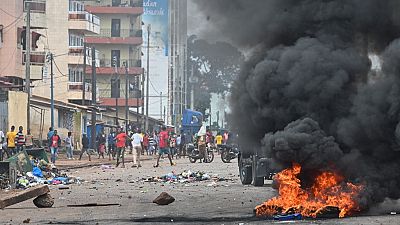 A court in Guinea on Wednesday acquitted a civil society figure of taking part in undeclared public meetings, in a trial criticized as a further challenge to rights under the ruling junta.

A court in the suburbs of Conakry ruled that Abdourahmane Sano, former coordinator of a democracy collective, had failed to comply with the reporting requirement, but that the law did not provide for any penalty for this offence, an AFP correspondent noted.

The prosecution had requested an 18-month suspended prison sentence against Mr Sano for his participation in undeclared meetings, one of which was filmed in a school in November. Mr Sano is in the process of setting up a new movement.

The ruling was scrutinized by rights activists amid pressure on freedoms and the opposition. The junta that took power by force in 2021 has banned demonstrations since May 13, 2022.

The opposition accuses it of seizing power and silencing any dissenting voices through arrests of prominent figures and judicial investigations.

Before Wednesday's hearing, a group of human rights organizations issued a statement saying they were "very concerned" about the prosecution of Mr Sano. It called for "an end to the continued judicial harassment of pro-democracy activists.

The National Alliance for Change and Democracy (And), a coalition of parties and associations, denounced the junta's "authoritarian excesses" and the "excessive use of justice" before the trial.

Mr Sano was the coordinator of the National Front for the Defense of the Constitution (FNDC), a group that led the months-long protest against former President Alpha Conde, who was finally overthrown by the military in 2021. Mr Sano has distanced himself from the FNDC.

The FNDC remained active under the junta, calling for the rapid return of civilians to power and maintaining a rare contradiction with the military. The junta dissolved the FNDC. Two of the FNDC leaders, Oumar Sylla aka Foniké Mangué and Ibrahima Diallo, have been detained since July 2022.