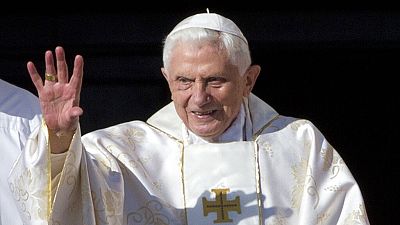 Pope Francis said Wednesday that former pontiff Benedict XVI, 95, is "very ill", and urged people to pray for him before going to be by his side.

Benedict, who in 2013 became the first pontiff to resign in six centuries, has been in increasingly frail health.

"I would like to ask all of you to pray a special prayer for Pope Emeritus Benedict," Francis said at the end of his general audience at the Vatican.

"Remember him, because he is very ill, asking the Lord to console and support him."

The Vatican confirmed Benedict's health has worsened "in the last few hours" and said Francis visited him after his audience.

"In the last few hours there has been a deterioration due to advancing age," spokesman Matteo Bruni said in a statement.

"The situation at the moment remains under control, monitored continually by doctors."

Benedict had cited his declining physical and mental health back in 2013 in his decision to become the first pope since 1415 to stand down as head of the worldwide Catholic church.

The German pope emeritus, whose real name is Joseph Ratzinger, has since lived a quiet life in a former convent inside the Vatican.

His resignation created an unprecedented situation in which two "men in white" -- Benedict and his successor, Pope Francis -- have co-existed within the walls of the tiny city state.

In 2020, Maltese Cardinal Mario Grech said Benedict "has difficulty in expressing himself".

The ex-pope, who uses a wheelchair, said "the Lord has taken away my speech in order to let me appreciate silence", Grech told Vatican News.

Benedict was 78 when he succeeded the long-reigning and popular John Paul II in April 2005.

His papacy was beset by Church infighting and the outcry over paedophilia.

He became the first pontiff to apologise for the abuse scandals that emerged around the world, expressing "deep remorse" and meeting with victims in person.

But while he took key steps to tackling clerical child abuse, he was criticised for failing to end Church cover-ups.

The paedophilia scandal has returned to haunt him in retirement.

A damning report for the German church in January 2022 accused him of personally failing to stop four predatory priests in the 1980s while archbishop of Munich.

Benedict has denied wrongdoing and the Vatican has strongly defended his record.

Unlike his successor Pope Francis, a Jesuit who delights in being among his flock, Benedict is considered a conservative intellectual.

He was dubbed "God's Rottweiler" in a previous post as chief doctrinal enforcer.

But as pontiff he appeared overwhelmed by the challenges facing a Church that was losing influence and followers, and years of Vatican turmoil took their toll.

He stepped down in February 2013 in an announcement delivered to cardinals in Latin, later saying the decision was the result of a mystical experience.

Francis, 86, has said he may also resign at some point.

He revealed for the first time in an interview this month that he signed a resignation letter nearly a decade ago should poor health prevent him from carrying out his duties. 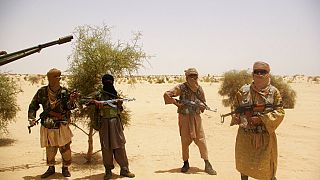 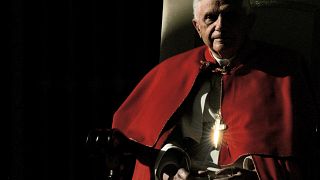