DRC: fighting between the M23 and a Congolese self-defense militia renewed 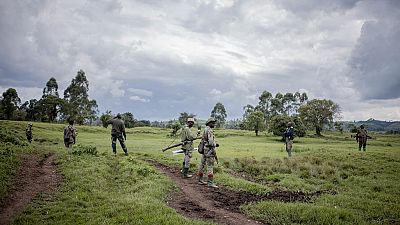 A renewed battle between M23 rebels and members of a community self-defense militia in the troubled Rutshuru region of eastern Democratic Republic of Congo (DRC) has begun, after a few days of calm, sources said.

The clashes are reported in the localities of Ruhanga and Kihonga, in Rutshuru territory. "We are in the middle of fighting," a commander of the armed group APCLS (Alliance of Patriots for a Free and Sovereign Congo) told AFP.

"Fighting continues even now, towards Ruhanga and Kazuba in the pastures (...) The M23 spent the night in Ruhanga. They (the rebels) have made an advance," a resident of Bwiza, reached by phone from Goma, the capital of North Kivu, told AFP.

Similar clashes took place on December 16 between the M23 and the pro-Hutu Nyatura militia and APCLS, which claims to defend the interests of the Hunde community.

Further north, in Kitshanga, about ten kilometres away, the situation was calm, according to Toby Kahunga, president of local civil society, who said he witnessed a patrol by the Congolese Armed Forces (FARDC) and the police.

The M23, a mostly Tutsi armed group defeated in 2013, took up arms again in November 2021 after several years of dormancy. Since then, it has seized large portions of Rutshuru territory.

Kinshasa accuses Kigali of actively supporting the M23 and fighting alongside it. Relations between the two neighbours have deteriorated considerably in recent months. UN experts have confirmed this support, denied by Kigali, but publicly denounced by Washington, Brussels and Paris.

Among the various diplomatic initiatives launched to try to resolve the crisis in the eastern DRC, a summit held a month ago in Luanda decided on a cease-fire on the evening of November 25, followed two days later by a withdrawal of the M23 from the conquered areas.

Otherwise, the East African regional force currently being deployed in North Kivu would intervene to dislodge the rebels. But so far, the M23 has held its position, while expanding the area under its control in places. 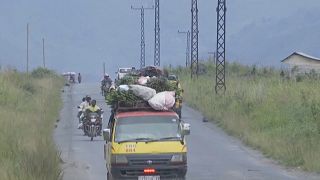 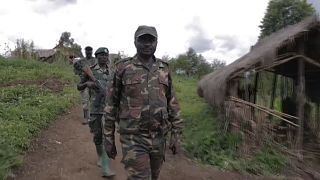