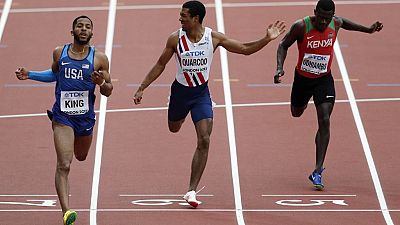 Sprinter Mark Otieno has been officially suspended for two years for doping, the Athletics Integrity Unit (AIU), an independent body created in 2017 by the IAAF, announced Monday.

Otieno, a three-time Kenyan 100m champion, had tested positive for the anabolic steroid methasterone during the last Olympics in July 2021 in Tokyo and was excluded as he prepared to compete in the 100m heats.

The suspension for two years of the sprinter 29 years, with retroactive effect, starts from the date of the control, which will allow him to return on the tracks for the next summer season.

The interested party, who pleaded that the absorption of a contaminated food supplement was the origin of his positive test, promised to "come back in 2023 to give the best of himself".

Kimutai, the winner of the Porto Marathon last November, tested positive for testosterone on September 20 in Kaptagat, western Kenya. His suspension is effective November 16, 2022.

Maiyo tested positive for erythropoietin (EPO), another hormone, on May 20 at the Kigali marathon. His suspension takes effect on July 20, 2022.

Kenya, known for its middle and long-distance runners, has been classified since 2016 as Category A (most at risk) on the World Athletics and World Anti-Doping Agency (WADA) watch list. Kenyan authorities recently promised to step up the fight against doping in the country. 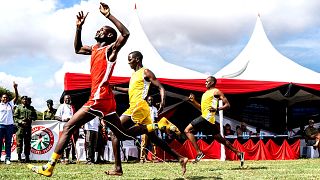 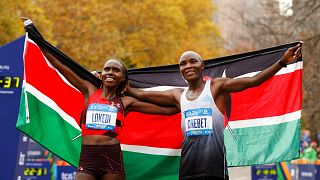