South African President Cyril Ramaphosa displayed serenity and authority Friday at the opening of the ANC convention, the historic party in power, on the eve of a crucial vote to designate its next leader and probable future head of state.

He maintained a tight smile in the face of the jeers and chants of opponents in the hall where 4,500 delegates from all over the country were gathered. Before delivering a speech similar to those he regularly addresses to the nation, reviewing the challenges and successes of his first term.

As if to inscribe his action in the continuity.

South Africans "expect us to have the courage and honesty to recognize our failures and to correct them," he declared in an ANC jacket, referring to "the triple challenge of poverty, unemployment and inequality.

But "green shoots are beginning to sprout," he added. "I am convinced that better days are ahead.

The "comrades" of the African National Congress (ANC) have taken over this conference center near Soweto for five days of debates in a green-yellow-black mass atmosphere.

"Let us show discipline, political awareness," Ramaphosa demanded, calling for unity and hoping that delegates would debate calmly "rather than shouting at each other.

Due to major delays in the schedule, the vote could now take place late Saturday, a senior ANC official who did not wish to be named said.

The affable Cyril Ramaphosa, 70, sometimes mocked for a bonhomie that hides a shrewd negotiator, is well placed to retain the party's presidency and win a second term, if the ANC wins the 2024 general election.

His only rival at this stage, far behind, is his former health minister, Zweli Mkhize, 66, who was removed after a corruption scandal.

The head of state is approaching this vote just days after escaping impeachment proceedings, which paradoxically have closed ranks around him.

Mr. Ramaphosa is accused of trying to cover up the theft in 2020 of bundles of dollars hidden in a sofa at his rural Phala Phala estate. He has not been charged and the police investigation is continuing.

In the absence of a credible alternative within the ANC, the majority party in parliament supported him, ruling out on Tuesday the possibility of a vote on a forced departure of the head of state. Some voices have been raised against the "line" imposed, but the watchword is clear: play the Ramaphosa card.

Thwarting an impeachment procedure has "probably strengthened his candidacy for re-election", eliminating any "uncertainty" on the choice to be made, says the political analyst Susan Booysen to AFP.

The ANC has been losing votes for the past ten years and for the first time fell below 50% in local elections last year. The party, which has been in power since the end of apartheid, is thus haunted by the fear of defeat in the 2024 general election.

Cyril Ramaphosa, who is very popular despite the scandal, seems to be the party's best asset.

Tumi Mogotla, 37, who sells ANC-branded items outside the congress, hopes he will be nominated for a second term. Despite the turmoil of recent weeks, he still believes "Ramaphosa is best placed to root out corruption.

"The ANC needs Ramaphosa. He will win," says analyst Ralph Mathekga. "Even those who hate him need him to win," he added, referring to the internal divisions tearing the party apart.

And with the opposition struggling to organize itself, the way seems clear for Ramaphosa to retain power. 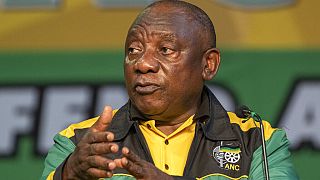 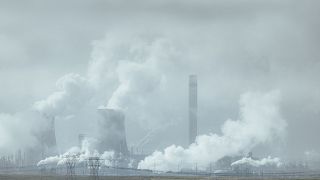 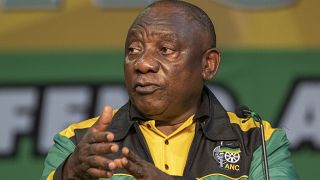