Sunak is the son of Indian immigrants who came to the UK from pre-colonial Kenya and Tanzania.

At 42 years old, Sunak is also the youngest British prime minister in more than 200 years.

Sunak's parents settled in Southampton where his father worked as a doctor and his mother ran a pharmacy.

Rishi Sunak entered politics in 2015 and in just five years, he went from a simple MP to Finance Minister under prime-minister Boris Johnson.

During the pandemic, he spent billions of public money to keep people and businesses afloat, becoming the most popular member of the government.

In July, Rishi Sunak resigned claiming he could not bear the brunt of the scandals involving prime-minister Boris Johnson who resigned shortly afterwards.

During the Summer Sunak campaigned for the Tory leadership but lost to Liz Truss who promised historic tax cuts.

The reaction of the markets to the new prime-ministers' economic plans sent the pound tumbling followed shortly by Liz Truss's resignation. 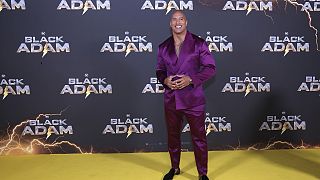