At the foot of the Tidghine Mountains in the Rif region of northern Morocco, there are vast fields of cannabis plants ready for harvesting. But farmers in the village of Azila are frustrated.

They are facing stiff competition from hemp produced in Europe, and want the government to speed up the implementation of a 2021 law legalising the industrial and medicinal use of the plant.

The new legislation governs all aspects of cannabis regularisation, from cultivation conditions to the importation of seeds and export of products.

Hope for the local economy

‘Farmers are desperate when it comes to the drug trade,’ says Mohamed Abbout, head of the Rif Mountains Association, ‘That's why they're waiting for the legalisation, so we can create a medicinal market.’

He says that the potential earnings are enormous and could help bring the marginalised area out of its economic crisis.

‘Several states in the US made figures of $26 billion in 2020. Those are important figures and provide incentives to locals,’ he says.

Morocco is said to be the world's largest producer of hashish.

The cannabis plant has been grown in the Rif region for centuries and it has been a major source of illicit hemp smuggled into Europe. The authorities have tended to turn a blind eye to the trade.

The delays in implementing the new law are creating mistrust among the farmers want to take advantage of the booming international legal market.

‘We're convinced that legalisation is in our interest and we support it. People will at least be able to live in peace without fear of prosecution,’ says Abdessalam El Hadri, a resident of Azila.

He says that 60 to 70 per cent of people living there have been prosecuted at some point in time because of cannabis, and so they are in favour of the law so they can live freely with the risk of arrest.

Officials say, however, that it’s important to not rush the implementation of the legalisation project, to make sure that all the correct regulations and authorisations are in place.

The long-term aim of the new law is to cut the ground from under the feet of traffickers and position the country on the global legal cannabis market. 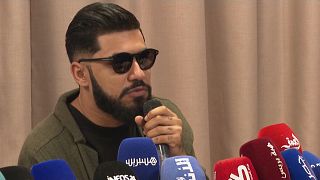