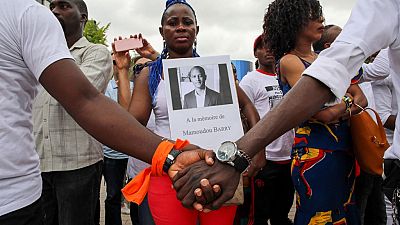 A 32-year-old schizophrenic man was sentenced Friday to nine years in prison for fatal blows to a Guinean researcher in 2019 in Rouen and racist insults.

The criminal court of Seine-Maritime went below the demands of the attorney general Marion Meunier, who had requested in the morning 12 years of imprisonment against this man of 32 years, hospitalized in the unit for difficult patients (UMD) since his arrest.

The accused "is schizophrenic. If he is in breach of care (as on the day of the events NDLR), he is capable of being dangerous but his father and his curator at the time said that he is capable of controlling himself", Marion Meunier had stressed.

For her, as for the court, the discernment of the accused, under reinforced guardianship since 2013, was impaired and not abolished, contrary to what the defence argued, on 19 July 2019.

That day, in Canteleu, in the suburbs of Rouen, Mamoudou Barry, 31, a Guinean researcher, had calmly gotten out of his car to try to understand the "racist insults" that the accused had just uttered, the magistrate explained.

According to the victim's wife, the attacker had referred to the Senegal-Algeria final of the African Cup of Nations football tournament that was being played that evening.

The man had beaten the university student: "He hit hard, including when the victim was on the ground" and "there were racist insults uttered before and after the attack", the magistrate continued, describing the facts as "purely gratuitous aggression". He "didn't give the victim a chance", Ms Meunier insisted.

Mamoudou Barry, the father of a two-year-old child, died the next day as a result of his injuries. During the closing arguments, the accused, flanked by three nurses, remained as usual during this trial, with a blank look.

The defence had asked the court to declare him not criminally responsible. "It is a fact that there was a hallucinatory experience in the life of the accused and "a delirious syndrome was observed a few days after his arrest", argued Herveline Demerville. 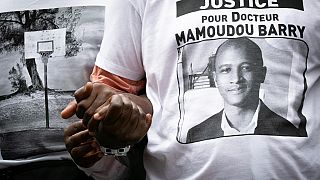