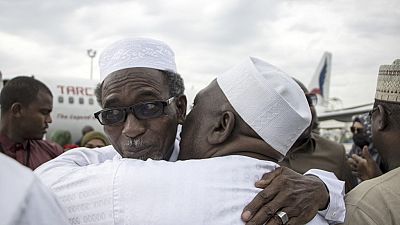 A Chadian rebel imprisoned for several months in Egypt has been pardoned by Egyptian President Abdel Fattah al-Sissi before being released, his brother and the Chadian government told AFP on Wednesday.

Tom Erdimi, twin brother of Timan Erdimi, leader of the Chadian armed group Union of Resistance Forces (UFR), was released on Tuesday after several months of imprisonment in Egypt, and should return to Chad "at the end of the week," his brother said.

The Erdimi brothers, nephews of former Chadian President Idriss Déby Itno, who died on his way to the front line against rebels in 2021, were in the 1990s two key figures in the regime of Mr Déby, who ruled the country with an iron fist for 30 years.

Tom Erdimi was his chief of staff in 1991 and later in charge of some of the central African state's oil activities.

Timan and Tom Erdimi rebelled against President Idriss Déby in 2005, leading several offensives aimed at overthrowing the government in 2008 and in 2019, an operation that earned them a death sentence in absentia while in exile abroad.

The release of Tom Erdimi was one of the conditions for the UFR to join the inclusive national dialogue currently taking place in N'Djamena between representatives of Chadian society: a promise of the current transitional president, Mahamat Idriss Déby Itno, who was propelled to power in April 2021 after the death of his father Idriss Déby.

"He has been released and is surrounded by his children," Chad's government spokesman Abderaman Koulamallah confirmed to AFP, assuring that Mahamat Idriss Déby "favoured his release" but recall that it was "an Egyptian affair".

In a gesture of appeasement in November 2021, the ruling military junta had granted a "general amnesty" to the rebels, saying it wanted to "wipe out the vestiges inherited from the dark periods of our country".

Mahamat Déby had set himself the goal of returning power to the people at the end of an 18-month transition, renewable once, and a national reconciliation dialogue supposed to pave the way for "free and democratic elections".