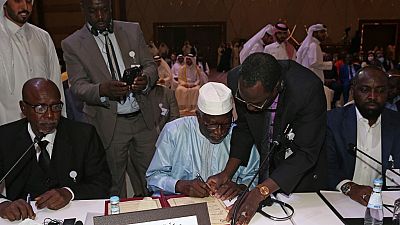 The history of independent Chad, a French colony until 1960, has been characterised by coups d'état or attempted coups, and rebel offensives from neighbouring Libya and Sudan.

In 2008, rebels reached the gates of President Idriss Déby Itno's palace before being pushed back. In 2019, a column was stopped far from N'Djamena, thanks to bombing by French army planes.

Marshal Déby, who ruled Chad for 30 years, was killed in April 2021 at the front against a rebel alliance from Libya. He had himself seized power in 1990 at the head of a dissident force.

The rebellion has dozens of groups and small groups.

About 40 of them signed an agreement with Chad's ruling junta in Doha on Monday to launch a national dialogue on 20 August in N'Djamena.

However, some of the main ones refused the initial agreement.

**- The Front pour l'alternance et la concorde au Tchad (FACT)**FACT was born in 2016 from the split of another rebel alliance, the Union des forces pour la démocratie et le développement (UFDD). It is led by Mahamat Mahdi Ali, who studied in France where he was a Socialist Party activist.

Considered to be the most well-supplied with fighters and weapons, FACT led the latest major offensive from rear bases in Libya, which cost President Déby his life on 19 April 2021.

In early May 2021, the military junta that took power upon his death, led by his son, the young General Mahamat Idriss Déby Itno, claimed to have killed several hundred FACT fighters, who retreated into southern Libya.

FACT refused to sign the agreement, saying in a statement that this "rejection is concomitant with the failure to take into account our demands", such as the release of prisoners. The rebel group also stated that it "remains available for dialogue everywhere and always".

- The Union of Resistance Forces (UFR) The UFR was founded in 2009 by an alliance of eight movements. It is led by Timan Erdimi, a member of the Zaghawa ethnic group of the late Idriss Déby, whose nephew he is. In February 2019, the movement launched an offensive from Sudan, but the column of around fifty pick-ups armed with machine guns was stopped at the request of the Chadian authorities by planes of the French anti-jihadist force Barkhane, stationed in N'Djamena.

The RFU, with several hundred men, is based in southern Libya and northern Chad.

The UFR of Timan Erdimi, whose brother has been imprisoned for several months in Egypt, signed the agreement with Chad's ruling junta on Monday.

**- The Union of Forces for Democracy and Development (UFDD)**The UFDD was created in 2006 and led by Mahamat Nouri, a former comrade-in-arms of Hissène Habré, the president overthrown by Déby in 1990 and sentenced in 2016 to life imprisonment for crimes against humanity by a special African court. Mr. Nouri later joined Déby, where he served as Defence Minister, before defecting.

In early 2008, the UFDD, along with other rebel movements, arrived at the gates of the presidential palace in N'Djamena. France, a supporter of the regime, secured the capital's airport, which allowed the army to stock up on ammunition. The offensive is repulsed.

In 2019, Mahamat Nouri was indicted in France for "crimes against humanity" for the alleged recruitment of child soldiers in Chad and Sudan. Incarcerated in Paris in 2019, he was released in 2020 for health reasons.

The Libyan-based UFDD was weakened by the departure of Mahamat Mahdi Ali, who left to found FACT in 2016. In 2019, several hundred of its fighters joined Déby's regime.

The UFDD signed the agreement with the junta.

- The Military Command Council for the Salvation of the Republic (CCMSR) The CCMSR was born in June 2016 from a split within FACT.

In a report published in December 2019, a UN panel of experts on Libya said that the movement "is most likely to be involved in criminal activities and trafficking of all kinds, linking southern Libya to the Tibesti region of Chad".

Chadian rebel groups are also regularly accused of trading their services as "mercenaries" to the two rival powers that share Libya.

The CCMSR, on its Facebook page, announced that it would not sign the agreement, saying that the "principles we are fighting for do not allow us to be part of a dialogue whose objectives we do not know". 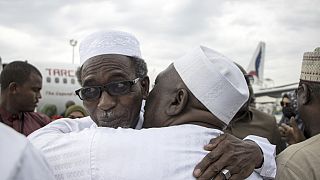