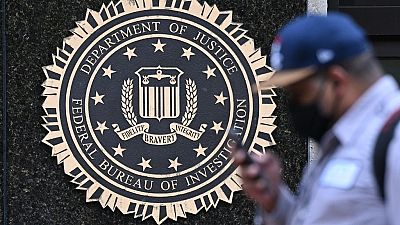 A 29-year-old Nigerian man has been interdicted by the US for defrauding New York to the tune of 30 million dollars.

In a September 9, 2022 statement released from the U.S. Attorney's Office, Eastern District of Pennsylvania, Chidozie Collins Obasi, was charged by indictment with one count of conspiracy to commit mail and wire fraud.

The statement further reads that Collins is also facing ' six counts of mail fraud, and 16 counts of wire fraud, from a complicated, evolving fraud scheme that initially targeted Americans through a spam email campaign offering illegitimate " work from home jobs.

during the COVID - 19 pandemic, the accused is said to have " shifted to targeting U.S. hospitals and medical systems by offering non-existent ventilators for sale beginning in March 2020. He eventually directed his attention again to using the stolen identity information of American citizens to apply for and obtain Economic Injury Disaster Loans ( " EID Loans " ) in June 2020.

Collins is not alone in this operation. According to the statement, he has allies in Canada but has been coordinating the fraudulent activity from Nigeria.

" with the help of co-conspirators in Canada and elsewhere. The defendant and his co-conspirators are alleged to have obtained more than $ 31,000,000 through this multi-faceted fraud scheme, with the overwhelming majority of that money - more than $ 30 million. - coming from the State of New York for the intended purchase of ventilators. "

The FBI has begun a search for the young man who is a fugitive according to the statement.

Chidozie Collins Obasi of Nigeria is wanted for defrauding N.Y. State out of more than $30 million. Anyone with knowledge of his whereabouts should contact their local FBI office or go to https://t.co/M0Wg0RiRKf—anonymous tips OK. More info via @USAO_EDPA: https://t.co/RRow3U6hWD pic.twitter.com/OnG9p5Os7N

If caught and convicted, Obasi faces a maximum sentence of 621 years in prison, a five-year period of supervised release, and a $ 5,750,000 fine.

Obasi also will be required to make full restitution of the more than $ 31,000,000 that he obtained by fraud, according to the statement.