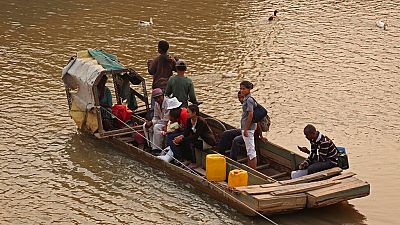 At least nine people have died in a collision in Madagascar between two boats on the Loza River near the northwestern town of Antsohihy, maritime authorities said Monday.

On Sunday at about 17:00 (14:00 GMT), a cargo ship collided with a speedboat carrying 35 people, including children, which sank immediately. Nine deaths were recorded, while some passengers were able to return to shore, according to witnesses.

"We do not yet know what happened to the other passengers," Jean-Edmond Randrianantenaina, director general of the Maritime and Port Management Authority (APMF) told AFP. Rescue operations were continuing.

The dhow of goods entered the wooden boat, measuring eight meters long, according to the first elements of the investigation. "The accident could be due to the lack of lighting of the boat," said Mr. Randrianantenaina.

"The cargo ship fled after the collision, but we caught up with it" during the night, he added, adding that the crew was being questioned by the gendarmes.

In December, just before Christmas, 88 people, mostly seasonal workers who had just finished harvesting cloves and were returning home, died when a cargo ship sank in northeast Madagascar. 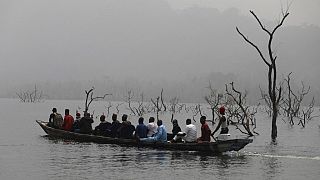