A glimpse of Saturday’s clashes between the rival factions in Libya depicts the massive destruction of properties and cars in the capital Tripoli.

Sunday clashes were the worst in the capital since a landmark 2020 ceasefire and which sparked fears of a major new conflict.

Residents are now crying foul over their losses.

"What happened in the past two days in the Libyan capital Tripoli is sad. People lost their cars and their belongings got burnt, and citizens no longer feel safe. We call on the Government of National Unity to impose control over these armed groups and to organize them so they can become a national force affiliated with the Libyan state," said Mohammed al-Nayali, an employee at a bank in Tripoli.

The health ministry said 32 people were killed and 159 wounded during the fighting between rival armed groups which began overnight Friday and continued into Saturday, setting buildings on fire and damaging several hospitals.

"The Libyan capital of Tripoli belongs to all Libyans from all cities, villages and tribes. We wish for the capital to be clear of all fighting and to become a place of business, love and peace, away from all armed conflict," said Mohammed al-Nayali, an employee at a bank in Tripoli.

Libya plunged into chaos following the 2011 overthrow and killing of dictator Moamer Kadhafi in a NATO-backed uprising, with myriad armed groups and foreign powers moving to fill the power vacuum 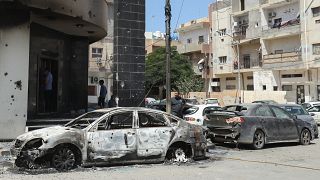 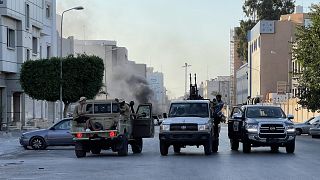 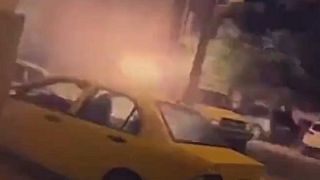