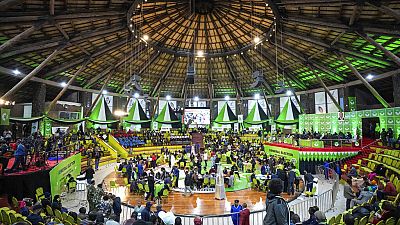 The Kenyan electoral commission's deputy chairwoman says four of its seven members have rejected the upcoming presidential election results, saying the independent body was under intense pressure after six days of waiting.

"Because of the opaque nature of the process ... we cannot take responsibility for the results that will be announced," said Vice President Juliana Cherera, surrounded by three other commissioners, calling on Kenyans to "calm down, she said this during her announcement to the press on Monday (August 15).

"People can go to court and for that reason we call on Kenyans to be peaceful because the rule of law will prevail," she added as tension mounted and scuffles broke out in the center where the Commission (IEBC) manages the results.

By midday, the Electoral Commission's national counting center in Nairobi, on which the eyes of the entire country are riveted, was filled with party representatives, observers and diplomats, who waited for the announcement for several hours, entertained by choirs, under heavy police surveillance.

On August 9, 22.1 million voters were called to the polls to choose their fifth president. The IEBC has until Tuesday evening to announce the results of this very close election between the two favourites Raila Odinga and William Ruto. 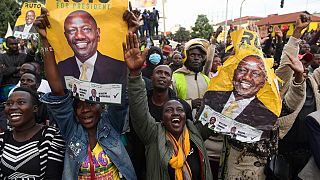