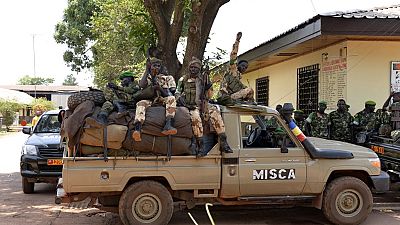 Two Chadian soldiers have been killed by jihadists in the Lake Chad region, which has in recent years become a major hideout for the Boko Haram and Islamic State groups, President Mahamat Idriss Déby Itno announced Monday.

"Our valiant armed forces have just repelled an aggression by the nebulous Boko Haram sect in the vicinity of Bol," about 300 km north of the capital N'Djamena, the head of the ruling junta said on Twitter, claiming that "two soldiers fell while performing their duty."

President Déby also reported "the death of a dozen terrorists.

Authorities refer indiscriminately to the Nigerian jihadist group of the same name and its splinter group Islamic State in West Africa (Iswap) as "Boko Haram," which has set up camps on the multitude of islets covering the Lake Chad Basin, a vast expanse of water and swampland that stretches its shores across four countries: Chad, Niger, Cameroon and Nigeria.

Mali: 17 soldiers and 4 civilians killed in an attack in Tessit https://t.co/xbyQ64pkBR

Jihadists regularly carry out attacks against the military and civilians throughout the area.

In June, the Mixed Multinational Force (MMF) claimed to have killed more than 800 jihadists in two months on islands in Lake Chad in joint force operations.

The Boko Haram insurgency emerged in 2009 in Nigeria before spreading to neighboring countries. Since then, more than 36,000 people (mostly in Nigeria) have been killed, and 3 million have had to flee their homes, according to the UN.

In February, five Chadian soldiers were killed by jihadists in the town of Kaiga Kindjiria, about 150 km north of the capital N'Djamena.

In August 2021, at least 26 Chadian soldiers were killed in the Lake Chad region near the border with Cameroon by jihadists, who have also increased deadly attacks on security forces and civilians in the far north of Cameroon in recent years. 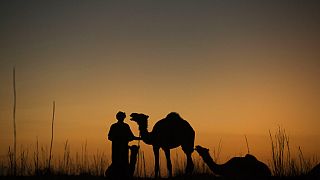