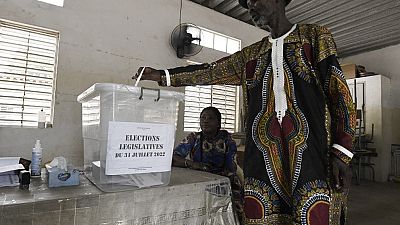 Senegalese President Macky Sall's coalition narrowly won last month's legislative election, according to final results, but has kept its absolute majority in parliament thanks to a new alliance.

Sall's coalition has 82 deputies, down from its 125 deputies elected in 2017, out of the 165 in the Assembly, the Constitutional Council said Thursday night, confirming the provisional figures announced on August 4 by the National Commission for the Census of Votes (CNRV).

However, it obtained an absolute majority of 83 deputies, against 82 in total for the opposition, with the rallying of one opposition deputy, Pape Diop, former president of the National Assembly and Senate.

Mr. Diop announced Thursday that he had "taken the decision to join" the presidential camp to avoid Senegal "a blockage in the functioning of institutions," at a press conference in Dakar.

"Given the presidential nature of our political system, a National Assembly placed under the control of the opposition will necessarily lead to an institutional crisis" carrying "all the dangers", he explained.

The National Assembly would then become "not a counter-power but rather a bottleneck to the action of the President of the Republic and his government," said Diop.

The opposition alliance won 80 seats in the parliament, including 56 for the "Yewwi Askan Wi" coalition led by main opposition leader Ousmane Sonko and 24 for the "Wallu Senegal" coalition, led by former president Abdoulaye Wade (2000-2012), according to the Constitutional Council.

The other two opposition MPs are from the ranks of two other small party coalitions.

The opposition alliance had announced that it would not appeal to the Constitutional Council because of a lack of confidence in the court, which opponents say is under the control of the government, which has always rejected this allegation.

Yewwi Askan wi also complained on August 4 about the CNRV's "refusal" to let it "verify" the voting records in four localities in the north of the country, in a stronghold of President Sall.

The opposition had announced that it was aiming for a victory in the legislative elections in order to impose a cohabitation on President Sall and push him to abandon his plan to run again in the 2024 presidential elections.

President Sall, elected in 2012 for seven years and re-elected in 2019 for five years, is keeping his intentions vague.

He has promised to appoint a prime minister - a position he abolished in 2019 and reinstated in December 2021 - from the party that won the election.