Displaced people in the Sahel rising to five million - UNHCR 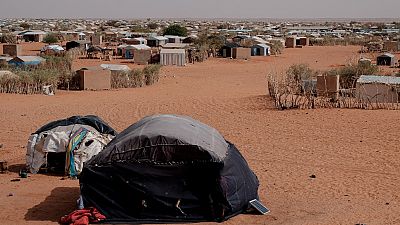 The Sahel is home to nearly five million people who have fled their homes and the wave keeps growing due to jihadist attacks and communal conflicts, a situation exacerbated by underdevelopment and global warming, the head of the UNHCR said.

The country most affected at the moment by this humanitarian crisis is Burkina Faso, said Filippo Grandi, the UN High Commissioner for Refugees, on a visit Thursday and Friday to Chad, where he visited several refugee camps in this country that hosts more than one million refugees.

At the end of June 2022, "the Sahel region (Burkina Faso, Mali, Mauritania, Niger and Chad) is facing a serious and prolonged humanitarian crisis, which has forced 4,820,871 people to flee their homes," including nearly three million internally displaced persons (IDPs) in their countries, UNHCR said in a statement presenting Mr Grandi's visit.

"The most affected country is Burkina Faso, which has nearly two million internally displaced people," the Italian diplomat said in an interview with AFP on Thursday evening in the Kalambari camp, which is home to some 8,000 Cameroonian refugees some 30 km south of N'Djamena.

"Two years ago, 500,000 were registered in Mali and Burkina Faso, which already seemed huge," he said a few hours earlier in the Chadian capital.

"It's worrying, the countries that worry most are Burkina Faso and Mali. It is due to the action of armed groups who terrorise the population, empty the villages and push people towards the big cities," the Italian diplomat said. "But it is also due to the overly muscular reaction of governments," he added at a press conference in N'Djamena.

"The main action of governments" in the face of the jihadists "is security, whereas it should be accompanied by the development of education and the fight against poverty and inequality in the Sahel," Mr Grandi said in an interview with AFP, stressing that "all this will weaken extremism, military action alone is not enough.

The UNHCR chief, who is visiting other refugee camps in Chad on Friday, said: "We need more humanitarian aid for all the countries of the Sahel." He added that the climate emergency was depriving communities of resources and encouraging conflict. 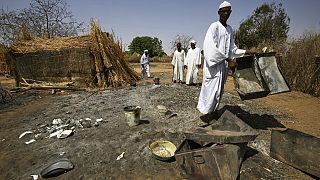 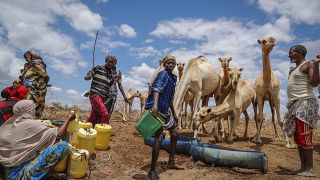