The prosecution requested on Friday life imprisonment for the former Rwandan prefect Laurent Bucyibaruta, tried in Paris for the genocide in Rwanda in 1994, estimating that he had constituted "an essential cog without which the murderous machine could not have been implemented".

This former senior civil servant "failed in his duty" to protect the Tutsis of his prefecture when he "had the means to act", said the representatives of the National Anti-Terrorist Prosecutor's Office (Pnat), calling for his conviction as the "principal author" of the "crime of crimes".

Laurent Bucyibaruta, prefect of Gikongoro between 1992 and July 1994, has been on trial since May 9 before the Paris Court of Assizes for genocide, complicity in genocide and complicity in crimes against humanity, charges which he denies.

This region of southern Rwanda was one of the most affected by the genocide targeting the Tutsi minority, which claimed at least 800,000 victims according to the UN.

In their indictment, the two attorneys general retained his "complicity by aid or assistance" for the massacre of approximately 25,000 Tutsi refugees in the parish of Kibeho on April 14, 1994, where, "aware of the situation, he let it happen.

For the killings of April 21 and 22, in a school under construction in Murambi, in Cyanika and in Kaduha, which caused some 75,000 deaths, and for the assassination of a hundred students in a high school in Kibeho on May 7, they considered that he should be considered as the "author" of genocide.

"He consciously executed the directives" of the interim government, which "aimed at the eradication of the Tutsis", and then "passed them on to all the links in the administrative chain", the general counsel justified.

"This man did not kill anyone" with his hands "but he has on him the blood of all the victims killed in Gikongoro", summarized one of them, Sophie Havard.

The two judges thus went beyond the order referring the former prefect to an assize court, which only accused him directly of genocide for Murambi.

At this site, transformed into a "gigantic slaughterhouse of humans," several witnesses say they saw the prefect there in the early hours of the morning, while the killings were continuing.

In Cyanika and Kaduha, his presence "at the scene of the attack was not necessary," since "others had been designated to ensure the proper execution of the genocide," they argued.

As for the murders of high school students, "the prefect incurred criminal responsibility by requisitioning gendarmes when he knew they were going to participate in the massacres," said Sophie Havard.

The prosecution also called for a conviction for "complicity in crimes against humanity" for all of these facts.

On the other hand, she asked for the acquittal of Laurent Bucyibaruta for the murders of Tutsi prisoners committed at the Gikongoro prison, judging that "a doubt remains" about his responsibility.

During the nearly six hours of their closing arguments, the general counsel invited the court - made up of three judges and six jurors - "not to allow Laurent Bucyibaruta to escape responsibility.

Behind the 78-year-old man, "diminished by illness", who "today enjoys a peaceful retirement in the suburbs of Troyes", they invited the court to see the "50-year-old prefect, experienced in the exercise of power" and endowed with a "certain ambition" that he was in 1994.

The most senior Rwandan official tried abroad - outside the International Criminal Tribunal for Rwanda (ICTR) - he was "an efficient, rigorous, zealous civil servant", "a powerful man" who "chose to continue to serve", according to the general counsel Céline Viguier.

During the trial, the accused presented himself as "overwhelmed" by events, having no more power in a country in the grip of "chaos".

The prosecution also dismissed the argument that the gathering of refugees was intended to better ensure their protection and supply.

After what happened in Kaduha, where the refugees were methodically surrounded by assailants and the gendarmes who were supposed to protect them turned against them, "no one could be unaware of what was being prepared" in the other gathering places, said Sophie Havard.

The defense lawyers will plead on Monday, before the verdict is expected on Tuesday. 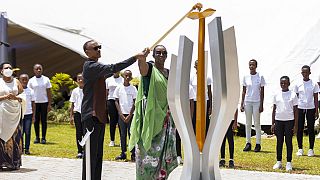 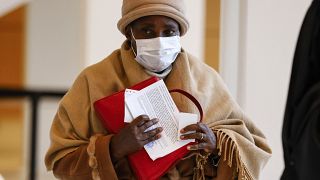 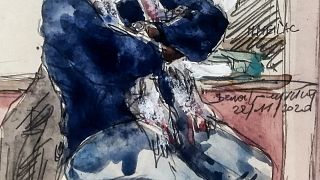