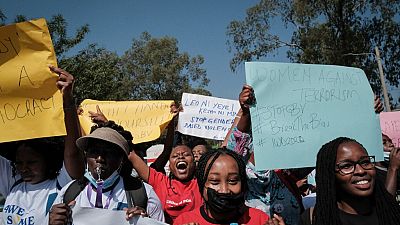 A star presenter on US television channel Fox News has sparked anger in Kenya by suggesting that pregnant women cannot vote in the east African country as it prepares to hold elections.

During a debate on the satirical show "Gutfeld", earlier this week, presenter Emily Compagno criticised a tweet by US singer Katy Perry, where she said about abortion, "women in the US have fewer rights than a sparkler."

"What about Kenya, where pregnant women cannot leave their homes and therefore have absolutely no right to vote," Emily Compagno reacted.

The 29-second video went viral in Kenya and dominated the most discussed topics on Twitter, with celebrities denouncing the comments.

"This statement is incorrect, misleading, condescending and should be taken down," political commentator Pauline Njoroge said on Twitter.

? @FoxNews!
What is this? What is @EmilyCompagno saying? That in Kenya pregnant women can’t leave the house so they have no right to vote? What does she imagine our country is like? That statement is incorrect, misleading, condescending and should be withdrawn. pic.twitter.com/nHAoj9puZK

Esther Passaris, an MP known for her stance on women's rights, denied both that pregnant women cannot leave their homes and that they cannot vote.

"Pregnant women have priority in the queues (at polling stations). Pregnant women give birth for free Withdraw your statement," she tweeted.

Kenya will hold presidential, parliamentary and local elections on 9 August. Under Kenyan law, every adult citizen can be registered as a voter and vote in every election.

In the previous election in 2017, AFP reported on a woman who went into labour in a queue and returned to vote after giving birth. 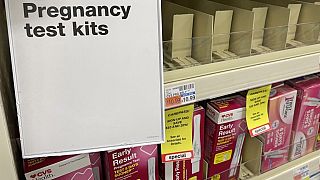