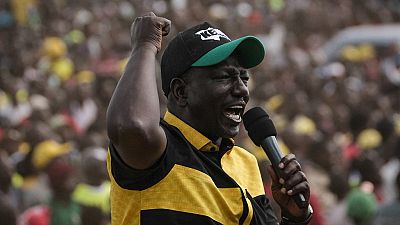 Kenya's deputy president and presidential candidate William Ruto has said he will deport Chinese nationals from jobs that could be done by Kenyans if he is elected in August.

The August 9 presidential, parliamentary and local elections come as East Africa's largest economy faces economic hardship, caused by the Covid-19 pandemic and the war in Ukraine.

"Let Chinese nationals roast maize and sell mobile phones. We will deport them all back to their countries," William Ruto told an economic forum on Tuesday. All these activities are for Kenyans. Don't worry about the foreigners engaged in these activities. We have enough planes to deport them," he insisted.

The Chinese embassy in Nairobi did not respond to a request for comment from AFP. Ruto, 55, is running to succeed President Uhuru Kenyatta, who is ineligible to run for a third term.

He is presenting himself as a defender of the "resourceful" ordinary people against the "dynasties" that rule Kenya. He has been critical of President Kenyatta's economic policies, promising to cancel the country's estimated $70 billion (€66 billion) debt if he wins in August.

China is Kenya's second-largest creditor after the World Bank and has financed infrastructure projects. 4.7 billion for the most expensive infrastructure project since the country's independence in 1963: the train line that links the port city of Mombasa to Naivasha in the Rift Valley via the capital Nairobi since 2017.

All these investments have often been accompanied by an influx of Chinese workers. William Ruto's announcement drew mixed reactions online. "We owe billions to China. By doing this, we will strain our relationship with the country and they will also have a knee-jerk reaction about repaying the loans," said one Twitter user.

Others approve of the proposal. "This is good, nothing like this happens in other countries. Local jobs can't be taken by foreigners," tweeted another user. 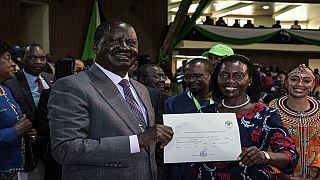