The leader of Mali's military transitional government, created on Friday night a body in charge of writing a new Constitution. Colonel Assimi Goïta will be in charge of choosing the members of this committee who will have to present to him a draft version of the text in two months.

The team will include a president, two rapporteurs and experts. It will be able to consult, all political parties and the civil society including religious organisations and traditional authorities.

This presidential decree has already been published in the Official journal.

This decision comes just days after the junta announced on June 6 it would stay in power for two additional years, before organising democratic elections in March 2024.

The West African country is facing sanctions from its regional partners of the ECOWAS as it did not meet the deadline for elections to be held by the end of February this year.

Negociations with the west african nations are still underway but the ECOWAS said it regretted the 24-month timetable. They had given Bamakao 16 months maximum to transfer their power to a civilian entity in order to lift the sanctions.

With this new decision, the ruling military wants to show it is trying to move fast. But it is yet to be seen if the drafting team will be able to meet the tight target of handing a copy in just two months. 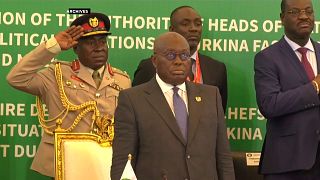