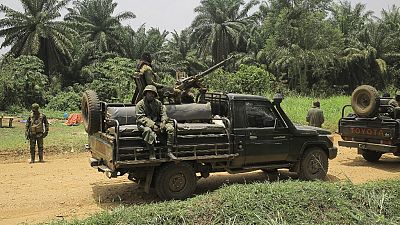 Soldiers patrolling the eastern Democratic Republic of Congo have discovered 17 decomposing bodies by a riverside, some of which were decapitated, local sources said on Friday.

The troops came across the corpses on Thursday by the Ituri river, in the Irumu territory of Ituri province, according to local Red Cross representative David Beiza.

Beiza added that some of the bodies had been decapitated, with some heads placed in boxes.

"So far, there are 17 heads, some found in a dugout canoe and others (...) in the bush, just beside the river. It is difficult to identify the victims because of the state of the bodies, but they must be civilians taken hostage who was killed by the ADF (Allied Democratic Forces) rebels," he said.

"It will take an expert assessment by specialised services to fully understand the circumstances of their death," said Mr Malangay.

"According to the army that made the discovery, there are 17 bodies. We are going there to verify this information" and proceed with the burials, said David Beiza, president of the local Red Cross.

The territory of Irumu, in southern Ituri, on the border with North Kivu province, is the target of frequent bloody attacks by the ADF group, presented by the Islamic State jihadist organisation as its branch in central Africa.

The last major attack attributed to the group was in mid-May, when at least 20 civilians were massacred in the village of Monge.

Further north, in Djugu territory, at least nine people were killed on Thursday by suspected militiamen from another armed group, the Cooperative for the Development of Congo (Codeco), in an attack on the village of Soba, Pilo Mulindo and Charité Banza, respectively head of the chieftaincy and president of civil society in Bahema-Nord, told AFP.

Considered one of the deadliest armed groups in eastern DRC, Codeco is structured around a religious sect and claims to defend the interests of the Lendu, a community in Ituri. 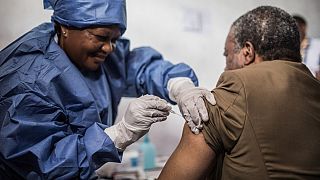