The final of the European Champions League will take place this Saturday in Paris, an exciting match between Jurgen Klopp's Liverpool and the mythical Real Madrid.

The Reds' coach will count on his striker Sadio Mané to defeat the mythical Spanish club.

The African champion approaches this final without pressure

"For me, it remains a game like any other, which will be very, very difficult, because Real is one of the best teams in the world. We will be ready. I know we will be ready and we will do everything we can to win this game."

A game with double stakes for Sadio Mane, who will be fighting a long-distance battle with Madrid striker Karim Benzema in their quest for the Ballon d'Or

Sadio Mane, Liverpool forward (on whether lifting the Champions League would give him a better chance of winning the Ballon d'Or):

''As I said from the beginning, my goal for Liverpool is to win four trophies. Now we have won two and lost one. Now it's time for the Champions League. Let's win it and then we'll see what happens. But for sure I'll be very happy to win the Champions League AND the Ballon d'Or."

Benzema-Mané, a duel to follow and reminiscent of the 2018 final where each had found the net. Beaten 3-1 that day, Liverpool has a revenge to take. 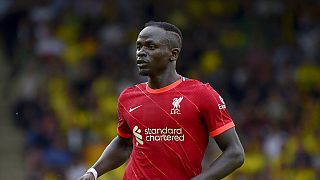