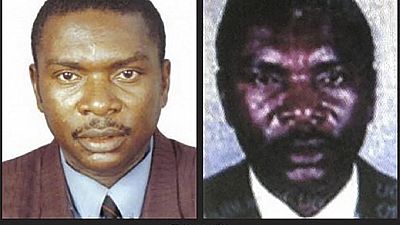 But Protais Mpiranya, Rwanda's most wanted fugitive for his alleged involvement in the 1994 genocide, has been confirmed dead.

On Thursday (May 12), the United Nations prosecutors investigating the case in The Hague announced that "following a difficult and intensive investigation, the Office of the Prosecutor has determined that Mpiranya died on 5 October 2006 in Harare, Zimbabwe".

Accused of crimes of genocide, crimes against humanity and war crimes, Hutu Major Mpiranya was considered the most important of the six remaining fugitives indicted by the former International Criminal Tribunal for Rwanda (ICTR).

Protais Mpiranya was accused, along with others, of having had the moderate Hutu Prime Minister Agathe Uwilingiyimana killed on 7 April 1994.

This was during the early hours of the genocide which caused the death of 800,000 people, mainly Tutsis - as well as ten Belgian peacekeepers in charge of her protection and several leading political figures.

The previous evening, the plane of Rwandan President Juvénal Habyarimana was shot down as it approached Kigali International Airport.

The president was returning from a regional meeting in Dar es Salaam where he had agreed to set up the transitional institutions provided for in the Arusha agreements, which were supposed to put an end to a civil war between the Hutu authorities in Kigali and a Tutsi rebellion in 1993.

On the morning of 7 April 1994, Protais Mpiranya and two other military officials "ordered their subordinates (...) to go in search of the Prime Minister, Agathe Uwilingiyimana, in order to kill her", the ICTR prosecutor wrote in the indictment.

The desecrated body of Ms. Uwilingiyimana, the first woman to have held this position, was then exposed, naked, for passers-by to see.

several personalities and senior politicians in favour of the Arusha Accords were subsequently assassinated.

The aim was to "create a political vacuum and frustrate the implementation of the Arusha Accords", according to the prosecution.

In 1991, when the Rwandan army was battling the rebels of the Rwandan Patriotic Front (RPF) led by the current head of state Paul Kagame, he was transferred to the presidential guard battalion. Two years later, Mpiranya was promoted to commander of this unit.

After the end of the genocide in July 1994, he began a long journey of exile that took him to several African countries.

According to the Zimbabwean press and reports in Rwanda, he was later sent to Zimbabwe to work for the Democratic Forces for the Liberation of Rwanda (FDLR), which is made up partly of former genocidaires and accused of exploiting minerals in the eastern Democratic Republic of Congo (DRC). 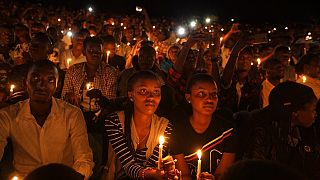 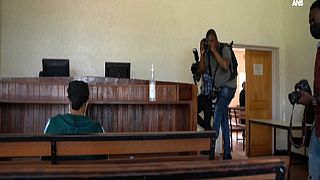