Nigerian religious leaders on Thursday called for calm and justice after a Christian student was stoned to death in northwestern Nigeria on charges of blasphemy against the Prophet Mohammed.

The killing of the student took place in Sokoto State where Sharia law is in force alongside ordinary law, as in other states in Nigeria's conservative Muslim north.

Dozens of students at the Shehu Shagari school stoned student Deborah Samuel to death on Thursday and then burned her body after reading a comment she posted on social media, which they said was offensive to the Prophet Mohammed.

Two suspects have been arrested, according to the police.

The Sultan of Sokoto, Muhammadu Sa'ad Abubakar, the highest spiritual authority of Nigerian Muslims, and the influential Catholic bishop of Sokoto, Mathew Hassan Kukah, appealed on Thursday for calm after the killing of the student.

"The Sultanate Council has condemned the incident... and urged the security agencies to bring the perpetrators of this unjustifiable incident to justice," Muhammadu Sa'ad Abubakar said in a statement.

The sultan, who also heads the Nigeria Inter-Religious Council (NIREC) for Interfaith Harmony, called on "all to remain calm and ensure peaceful co-existence" in the country.

Catholic Bishop Kukah also condemned the killing, lamenting a "deep shock". "We call on the authorities to investigate this tragedy and ensure that all the culprits are brought to justice," he said.

A video shared on social networks shows the dead student, her face bloody, wearing a pink dress lying on the ground surrounded by dozens of large stones thrown by her attackers. Police said all suspects identified in the video would be arrested.

Authorities have also closed the school indefinitely, in a bid to calm frayed nerves in this part of Nigeria, where residents have in the past reacted violently to actions or comments deemed anti-Islamic.

In April, an atheist was sentenced to 24 years in prison for a social media post that a court in the northern state of Kano found to be blasphemous towards Islam.

Witnesses said Deborah Samuel was immediately attacked by her classmates after she criticised a religion-related post on the students' WhatsApp group.

"She was angered by the way Muslims were talking about Islamic affairs in that WhatsApp group, which prompted her to make un-Islamic statements against the Prophet Muhammad," said Basharu Guyawa Isa, a resident and human rights activist in Sokoto.

School authorities quickly deployed security personnel to protect her, but they were overpowered by angry youths. "The students forcibly removed the victim from the security room where she was hidden by the school authorities, killed her and burnt the building," said Sokoto police spokesman Sanusi Abubakar.

A video of the incident posted on social media shows Deborah Samuel lying on the ground as she is stoned and beaten with planks. The young men around her then threw tyres at her and set her on fire.

Nigeria, a giant of 215 million people divided almost equally between a predominantly Muslim north and predominantly Christian south, is one of the most religious countries in the world.

In Islam, blasphemy, especially against the prophet, is punishable by death under Sharia law, introduced in 2000 in 12 northern Nigerian states.

Islamic courts, which operate in parallel with the state judicial system, have already handed down death sentences for adultery, blasphemy and homosexuality, but no executions have taken place so far.

Two Muslims were sentenced to death in 2015 and 2020 by Islamic courts for blasphemy against the Prophet. 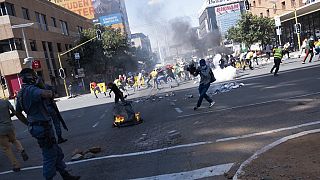 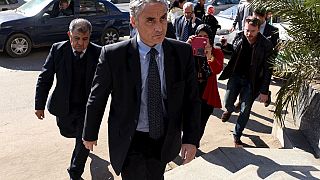